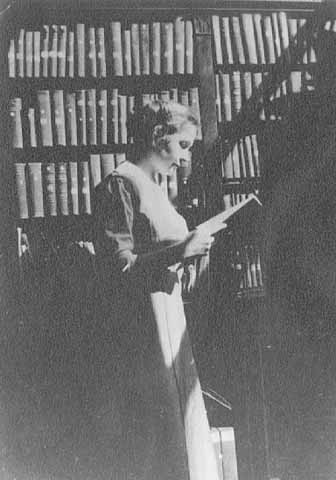 Library Work as a Profession, by Gratia Countryman. Minneapolis, MN: Woman’s Occupational Bureau, 1930. This pamphlet, written by Countryman, is a summary of the profession as she saw it.  Countryman outlined the local field (major Twin Cities libraries, including the MHS Library), and the preparation, personal qualifications, variety of positions, and the salary a librarian or librarian in training can expect.   MNHS call number: Z682 .C85

Sometimes called the "Jane Addams of libraries" Gratia Alta Countryman had an influential role in the Minneapolis Public Library, as well as libraries across the country.

Countryman was born in Hastings, MN on November 29, 1866.  After graduating from the University of Minnesota, she was recommended to the Minneapolis Public Library.  Countryman quickly worked her way up through the library, having a hand in almost every department.  She was responsible for creating new departments, open stacks, a children's room and for cataloging the collection.

In 1904, she became the third head librarian at the Minneapolis Public Library, the first woman to hold the position, and stayed until her retirement in 1936.  As the head librarian, she created a new vision of the library's role.  Her mission was that the library would benefit everyone in the community.

She achieved this by creating bookmobiles, creating traveling libraries, putting repositories at streetcar stops and in factories, and opening more branches.  She created programs for public lectures, a resource room for teachers, and a social service branch (the first of its kind).  Countryman bought foreign language books to support incoming immigrant groups, started classes for naturalization, and provided special services to readers.  These innovations were radical and effective.  Circulation and reach of the library increased dramatically under her tenure.

In 1933-1934, she served as the President of the American Library Association.