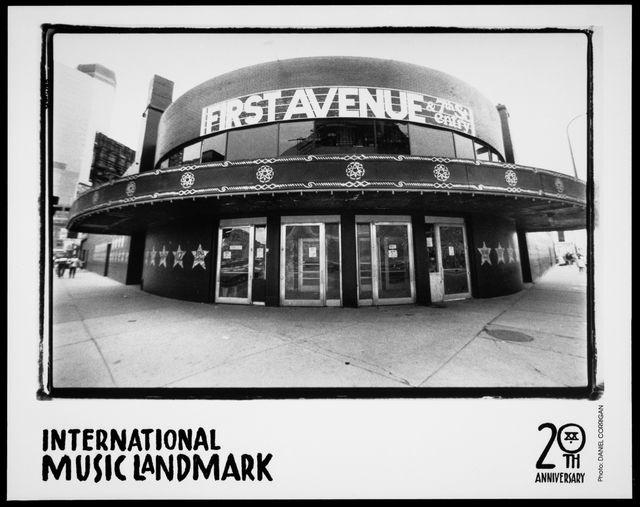 First Avenue & 7th Street, Band files and Related Records, 1977-2004
The band files provide a chronological record of performances at the popular music club during its first 23 years, and offer a representative glimpse of the alternative and indie rock acts popular in the U.S. during that period.
MNHS call number: Digital Finding Aid

The rock music nightclub known as First Avenue & 7th Street Entry traces its beginning to the establishment by Allen Fingerhut in 1968 of a rock music bar called The Depot in the vacated Greyhound bus station that he had acquired at the corner of Seventh Street and First Avenue North at the edge of the warehouse district in downtown Minneapolis. Two years later the club was franchised out to the American Events Company (Cincinnati), which opened another of its Uncle Sam's chain of disco clubs on the site.

Since 1980 the two stages have hosted hundreds of rock, R&B, funk, alt-country, blues, and worldbeat acts from around the world, as well as continuing to serve as a professional stage for developing local acts--Prince, the Replacements, Hüsker Dü, Soul Asylum, the Jayhawks, and many others--who went on to achieve national and international reknown. By 2000, the club boasted an annual attendance of 500,000 and an employee base of 120.