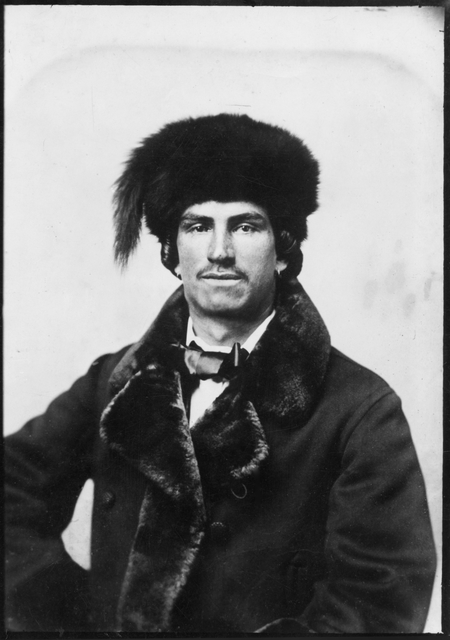 Contracts with Voyageurs, 1692 Apr.
A one-page business agreement by Pierre Le Sueru, et al. that documents the exchange rates for various goods in the fur trade in 1692. The folder contains a scan of the original document in French along with an English translation.
MNHS call number: See the finding aid in the library (P1079).

General List of Partners, Clerks, & Interpreters Who Winter in the North West Company’s Service with the Dates and Nature of their Respective Engagements.
In Public Archives of Canada. Report of the Public Archives for the year 1939.
A collection of reprinted lists North West Company employees. It also contains information on who died, how they died, documents written, travel logs, timelines, etc. Although primarily focusing on Canada, the fur trade and the lists within this book do cover parts of northern Minnesota.
MNHS call number: F1001 .C13 1939

Allan Morrison Papers, 1867-1870.
Diary entries and letters from the late 1860s, as well as a book hand-written by Morrison about his previous experiences as a trader.
MNHS call number: See the finding aid in the library (P514).

Charles Chaboillez Journal, 1797 Aug. 4 – 1798 June 21.
Chabillouez's journal is the first written record of Ojibwe (Chippewa) Native Americans at the intersection of the Red and Pembina rivers. Filed with copies of the original manuscript is a typed version of his work. The original documents are part of the Masson Collection, National Archives of Canada.
MNHS call number: See the finding aid in the library (P1710).

Pierre La Verendrye Papers, 1735-1748.
Copies of miscellaneous papers of this early fur trader and explorer of the Minnesota area. They consist of a journal of La Vérendrye’s trip from Michilimackinac to the Assiniboine River, to the Mandan Indians, and to the locations of Fort La Reine and Fort Rouge (1738-1739), in French; a letter (1735) by La Vérendrye to M. Hamelin, Montreal, about breaking their fur trade partnership, in French with a typed transcript; and an agreement (1748) made by La Vérendrye, Alexis Le Moine Monière, and Dominique Godé about the fur trade at Rainy Lake and Lake of the Woods posts, in French with a typed transcript and a typed translation in English.
MNHS call number: 129.F.3.8F-1 (Folder 1)
MNHS call number: Digital Content (French), Digital Content (English Translation)

Papers Concerning Fur Trade and Indian Relations, 1782-1804.
Letters and legal papers by the Canadian Department of Indian Affairs discussing fur trader/Native American relations. There is correspondence between voyageurs trading in what is now Michigan, Ontario, Wisconsin, and Minnesota. Provides insight into the differences in the thoughts of traders in the west and businessmen in the east. Originals are in the National Archives of Canada.
MNHS call number: See the finding aid in the library (BN4.1/.I39)

Five Fur Traders of the Northwest, edited by Charles M. Gates.
Toronto: The Ryerson Press, 1933.
This compilation contains the unabridged diaries of John MacDonell, Archibald N. McLeod, Hugh Faries, and Thomas Conner along with the narrative of Peter Pond. Written in the 1930s, the introduction shows the biases of that time period.
MNHS call number: F 483 .G25 1933

The Journal of Alexander Henry the Younger, 1799-1814 edited with an introduction by Barry M. Gough.
Toronto: Champlain Society, 1988-1992.
Alexander Henry’s journal is a vivid account of his travels throughout Canada, the Red River Valley, Missouri, and the Rocky Mountain. He describes Native Americans, the flora and fauna, traveling hardships, and the business details of the fur trade. He wrote seven to eight pages a day on his experiences for over 15 years, making this journal a long, systematic, and detailed account of the fur trade.
MNHS call number: F1060.7 .H523 1988

The Letters of Charles John Brydges, 1879-1882, by Charles John Brydges with an introduction by Alan Wilson.
Winnipeg: Hudson’s Bay Record Society, 1977.
A reprint of Brydges' original letters, which primarily focuses on Canada. The introduction to the letters provides context for this particular journal and the letters contained within it.
MNHS call number: F1060.9 .B913