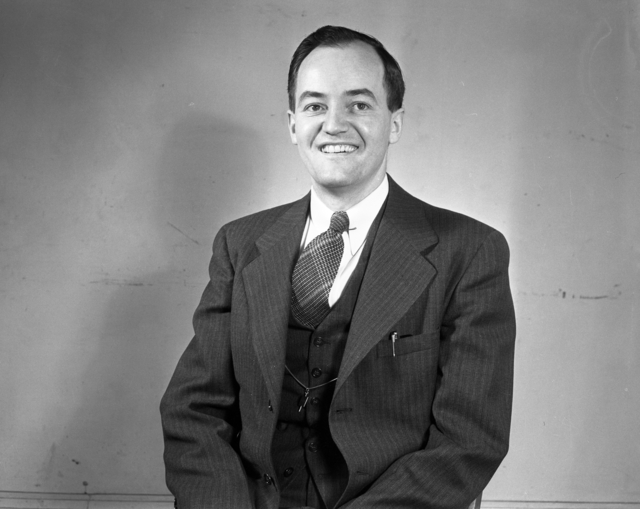 Please note: there are series in the Humphrey papers that are not processed and, therefore, not included in the Digital Finding Aid linked above. If you are interested in audio-visual items, Humphrey's senatorial papers from 1971-1978, or other materials not found in the collections linked above, please contact the reference staff for more information.

Popular series in the Humphrey papers include:

Other collections at the Minnesota Historical Society contain information about Hubert Humphrey and may be useful for your research: 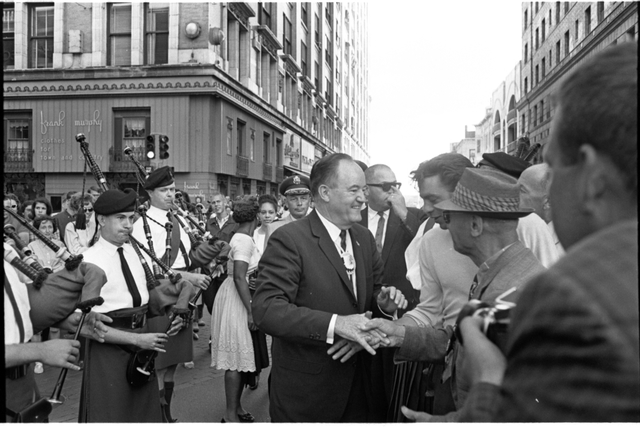 Muriel Humphrey Papers
General and constituent correspondence, memoranda, speeches, print and near-print materials, legislation, press releases, case files, and related materials detailing various aspects of her life and career, including her personal and public activities as the wife of Hubert Humphrey through his political career and the completion of her husband's unexpired Senate term following his death in 1978.
MNHS call number: Digital Finding Aid

Papers Relating to the 1968 Democratic Convention, collected by Lyle D. Tollefson.
Papers relating to the 1968 Democratic convention in Chicago, Illinois, which Tollefson attended as a graduate student from the University of Minnesota. Included are promotional items for Senator Eugene J. McCarthy, a list of the Minnesota delegation, copies of platform planks, and a telegram from Tollefson to Vice President Hubert H. Humphrey regarding the disorder in Chicago during the convention as well as Humphrey's response. Some of the materials were part of a press kit for the convention.
MNHS call number: See finding aid in the library (P618)

William J. Connell Papers.
Correspondence, memoranda, newspaper clippings, and other material compiled by William Connell, executive assistant to Hubert Humphrey (1959-1972). The papers document Humphrey's political activities during the 1960s and early 1970s when he was a U.S. senator from Minnesota, vice president of the U.S., and Democratic candidate for president. The files are rich in memoranda, correspondence, and polls documenting campaign strategy and mechanics. They provide very substantive documentation on the evolution of Humphrey's political career.
MNHS call number: Digital Finding Aid

In 1948 Hubert H. Humphrey spoke in support of the minority resolution on civil rights.  He was Mayor of Minneapolis at the time and his 8-minute speech convinced delegates to support the civil rights resolution as a part of the party's official platform.