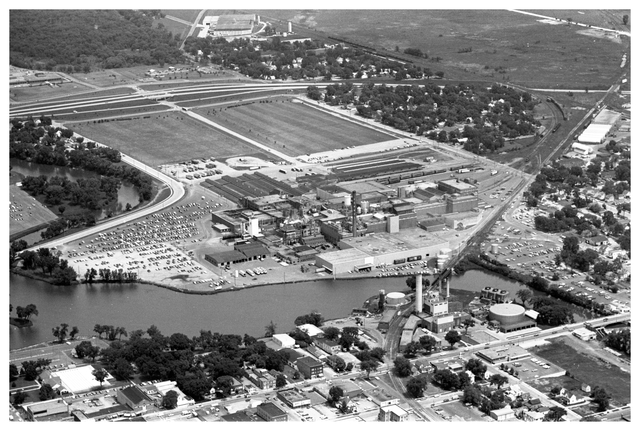 Minnesota Department of Public Safety. Commissioner’s Office, Subject Files.  The subject files include documents from the Austin, MN Police Force, Governor Perpich, and the Commissioner of Public Safety discussing the use of the National Guard at the Hormel Plant as well as a folder of newspaper clippings relating to the strike.  MNHS call number: Digital Finding Aid

We're Not Gonna Take It, directed by Pamela Yates. Documentary about the strike against the Geo. A. Hormel Co. in Austin by the United Food and Commercial Workers Local P-9 in 1985-1986. MNHS call number: Videotape 145

In December of 1984, the members of United Food and Commercial Workers Union local P-9 initiated a campaign against wage and benefit cuts at the Hormel Company in Austin, Minnesota. By the summer of 1985, they were involved in what many observers would come to regard as the strike of the decade, both because of the energy and imagination of the union members and the nationwide response to their cause.

Committed to solidarity and the conviction that one generation's sacrifice will result in a better life for the next, the revolutionary workers of Austin fought a dual battle against a powerful corporation bent on breaking their resistance and against their own unsympathetic international union.

After six months of bitter, but peaceful, struggle strikebreakers crossed the picket lines and violence erupted. Governor Rudy Perpich called in the National Guard to control the violence and stop protestors from blocking public access to Interstate 90.

The strike ended unsuccessfully for the members of the local P-9 union in June 1986 after 10 months. Hormel hired new workers, mostly single Mexican men, ushering in a new era for labor and big demographic changes for Austin, Minnesota.