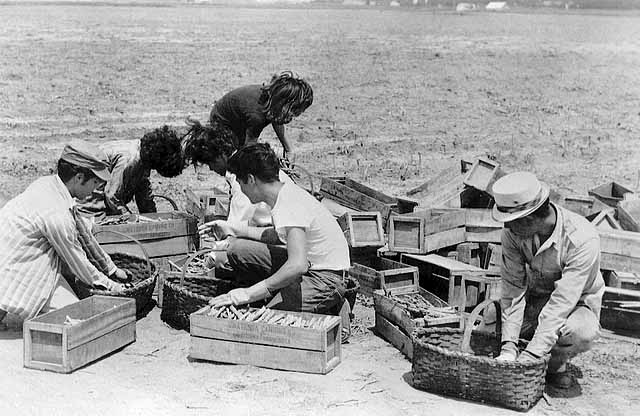 Mexicans were initially drawn to Minnesota by the promise of work.  Political turmoil in Mexico and the increased demand for labor caused by World War I were some of the reasons that they came. Early on, most Mexican immigrants moved to the Red River and Minnesota River valleys and were engaged in agricultural labor, especially in harvesting sugar beets.

As the new immigrants moved from being seasonal workers to permanent residents, a Mexican- American community took shape on the west side of St. Paul.  The years of the great depression were a difficult time for Minnesota's Mexican-American communities.  Job shortages and language barriers made work hard to find.

Through the second half of the 20th century, the West Side community flourished. Community pillars like Our Lady of Guadalupe Roman Catholic Church and Neighborhood House supported the residents. Today, vibrant Mexican-American communities exist in both Minneapolis and St. Paul as well as many areas outside the Twin Cities.