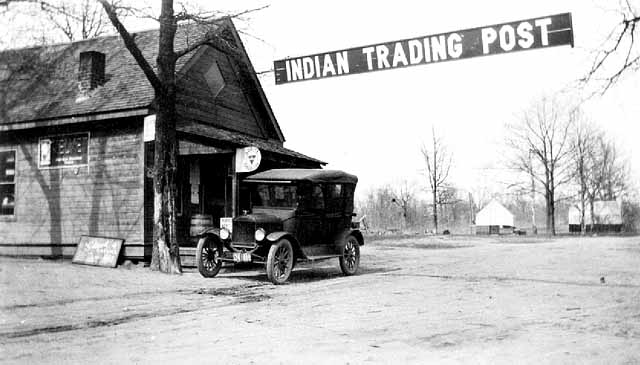 The Mille Lacs Trading Post was a general store and later museum in Vineland, Minnesota (later re-named Mille Lacs). Owned and operated by Jeannette and Harry Ayer, the Trading Post began as a general store and eventually expanded to include rental cabins, boat building, fishing expeditions, and a dining hall.  In the 1940’s the Ayers shifted the focus of the Trading Post from a General Store to selling Ojibwe and other American Indian crafts. They also displayed their personal collection of Indian artifacts at the Trading Post, and opened an accompanying museum in the late 1950’s. In 1959 the Ayers donated their collection to the Minnesota Historical Society, and the first Mille Lacs Indian Museum opened in 1960.

Today the Trading Post is a historic site owned and operated by the Minnesota Historical Society. The new Mille Lacs Indian Museum, created in partnership with the Mille Lacs Band of Ojibwe, opened in 1996.