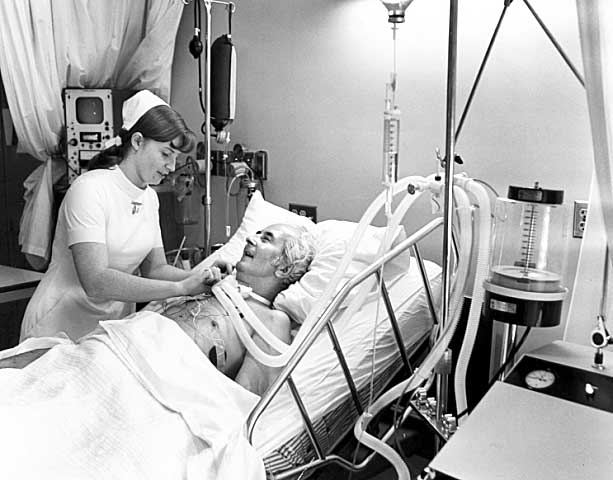 Cross two inventive minds—that of C. Walton Lillehei, Minnesota's pioneering heart surgeon, and that of Earl E. Bakken, electrical engineer, TV repairman, and co-founder of Medtronic, Inc.—and what do you get? The first battery-operated, portable pacemaker, the forerunner of the implantable and highly-refined devices in use today. Their pacemaker was the next evolutionary step in Dr. Lillehei's work in repairing hearts and restoring heart function.

In 1952, after a long process of study, research, experimentation, and practice, Dr. Lillehei performed the first successful open-heart surgery on a human patient who survived. An often-fatal condition—erratic heart rhythm or irregular heartbeat—was his next focus. By applying electric shocks to the heart, he demonstrated that regular rhythm could be restored. That led to the development of an electric pacemaker for use during surgery. It was a large machine whose current had to be drawn from an electrical source.