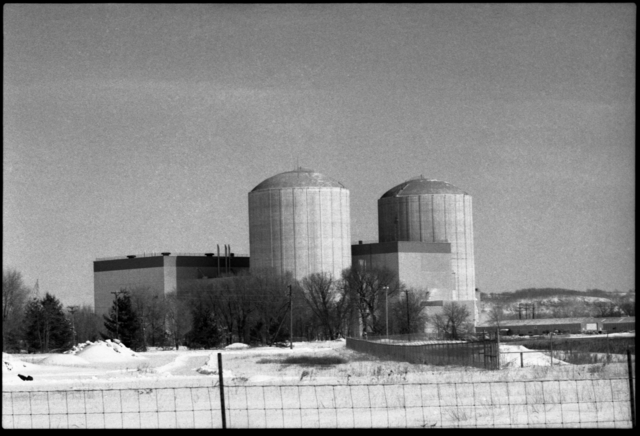 Nuclear Power has been a controversial issue in Minnesota since the 1960s when building began on the Northern States Power (NSP) Monticello and Prairie Island nuclear power plants.

Since the early 1970s, activists in Minnesota have been protesting against the nuclear reactors operated by NSP (now Xcel Energy). While energy industry representatives say that nuclear power is a safe and economical alternative to coal, environmental activists counter that nuclear plants are prone to technological failures, that they are disproportionately located on Indian reservations or in minority communities, and that long-term storage of nuclear waste affects nearby communities in the form of higher cancer rates.

The issue was brought to the public's attention again in 1991 when NSP applied to increase the amount of spent fuel storage space at the Prairie Island site.  Many activists fought against the additional storage stating that it would damage the environment and ecosystem of the Mississippi River.

In 1994 the Minnesota Legislature enacted a moratorium on new power plants. The issue of nuclear power is an example of the conflict between meeting the energy needs of the ever growing Twin Cities and protecting the environment for future generations.