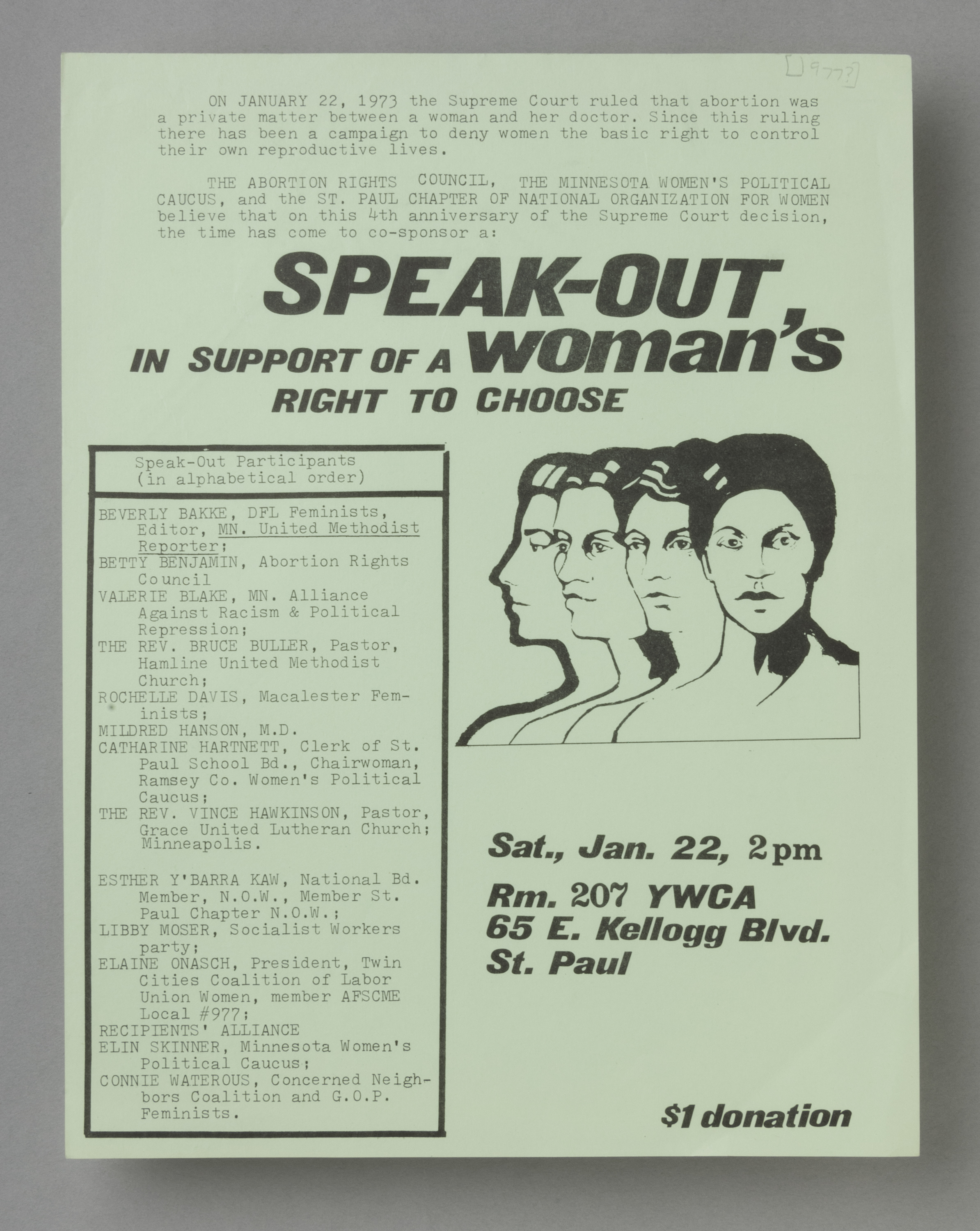 Prominent among current issues of American political discourse are positions taken by advocates, either in pro-choice movements by those supporting abortion rights for women or, conversely, of pro-life movements by those representing the rights of the unborn. In Minnesota, such organizations as Planned Parenthood of Minnesota (PPM), Minnesota Citizens Concerned for Life (MCCL), Save Our Unwanted Life (SOUL), and the Coalition for Freedom of Choice (CFC), have framed the debate and moved it into the public and legislative realm. Discussion centers on philosophical, moral, medical, ethical, and legal precepts, and on divergent definitions of the viability of life. Controversy arises from opposing convictions about those matters. Clashes are rooted in conflicting perceptions of the appropriateness of proposed legislation - regarding either freedom of choice, or degrees of social control - in the regulation of abortion. Related collections document efforts beginning in the first half of the 20th century to provide women with information and assistance with reproductive issues.