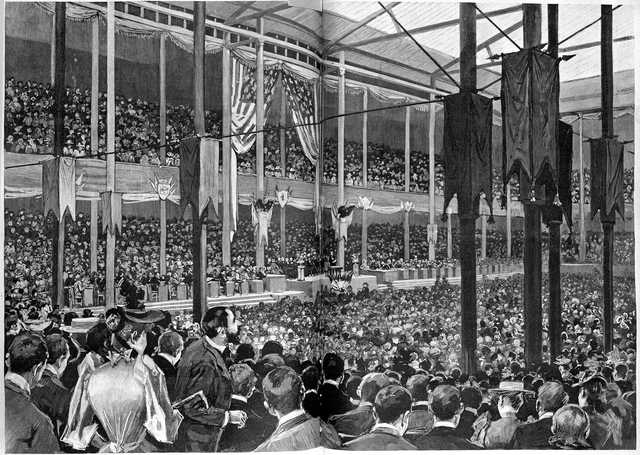 The Republican National Convention of 1892 was held in Minneapolis, Minnesota from June 7th to 10th. The top two party nominees, incumbent Benjamin Harrison, and his Secretary of State James G. Blaine, were the delegate favorites. Neither politician attended the convention. About 1,800 delegates and alternates did attend with about 10,000 spectators watching at the Minneapolis Industrial Exposition building. Harrison won the nomination on the first ballot, with Whitelaw Reid of New York as Harrison's vice presidential running mate.

But Minneapolis did not have the distinction of nominating a president. Grover Cleveland defeated Harrison in the fall presidential election by more than 450,000 votes. Minnesota, however, voted Republican first, Populist second, and Democratic third.