The Gale Family Library has several collections that document buildings and homes torn down in the Rondo neighborhood.

Housing and Redevelopment Authority of the City of Saint Paul, Minnesota, Redevelopment Project Files, 1953-1969.
The majority of the records concern the Eastern and Western Redevelopment projects, which were conducted on more than 60 acres of land, located in neighborhoods to the immediate east and west sides of the State Capitol.  The portions related to Rondo neighborhood can be found in the Western Redevelopement Area appraisal files.  Properties were appraised for city acquisition and future demolition. Folders are arranged by street name and address and dates range from June 1953-January 1957, certain fodlers contain photographs of properties.
MNHS call number: Digital Finding Aid 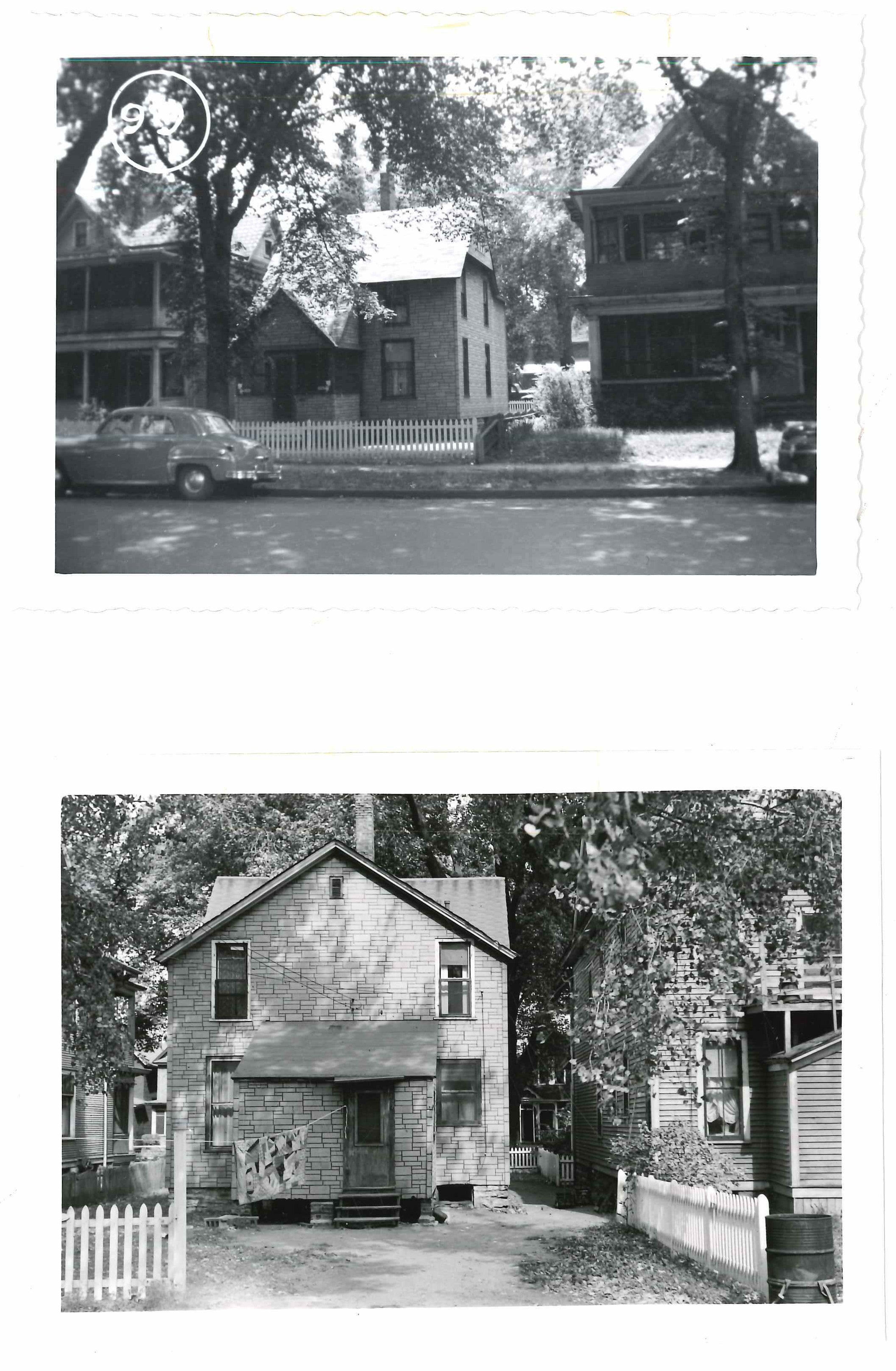 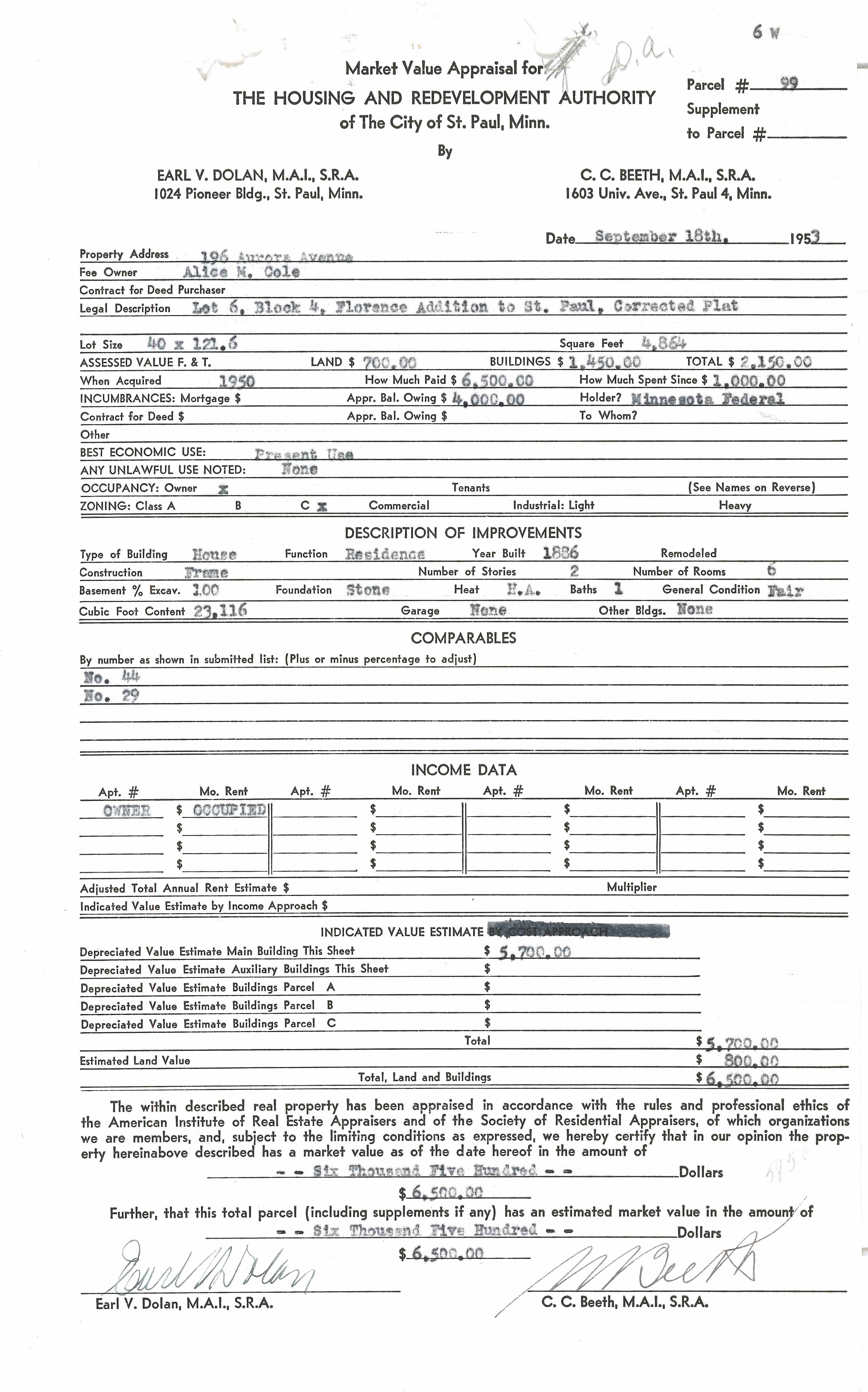 Information Report to the Planning Board Regarding the Proposed Central routing of the "East-West Highway": submitted and approved by the board, May 12, 1950.
MNHS call number: TE25.S2 S245 1950 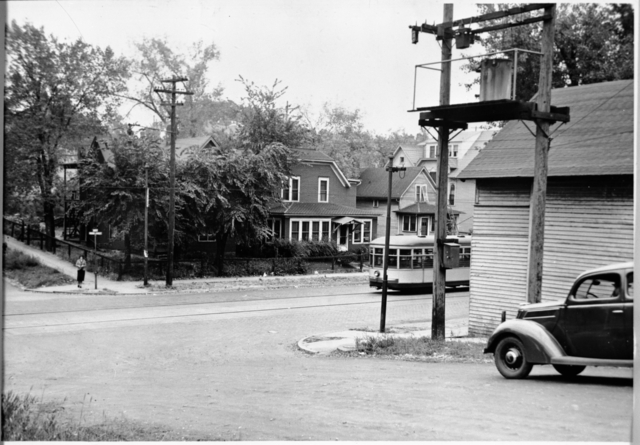 Annual reports, articles of incorporation, bylaws, minutes of board and committee meetings, reminiscences, a few photographs, and some project files of an organization involved in commemorating and resurrecting the memory of the historic Rondo community.  Materials include files on annual Rondo Days festivals held in the early 1980s and in 2003 and 2008.
MNHS call number: Digital Finding Aid

Oral History Interviews of the Rondo Oral History Project, 1997-1998, 2003-2004.
Collection of interviews, created by Hand in Hand Productions, capturing the lives and experiences of long time residents of St. Paul, Minnesota’s Rondo community. A mixed neighborhood with respect to ethnicity and income, it has been home to a significant African American population since the early 1900s and was a particularly vibrant community in the 1930s. The neighborhood was essentially devastated by the construction of Interstate Highway 94 through its center in the 1960s. Many of its African American inhabitants, businesses, churches, fraternal orders, and social clubs were displaced into more segregated locales where they faced discrimination in housing and other areas.
MNHS call number: Digital Finding Aid, Digital Audio and Transcripts