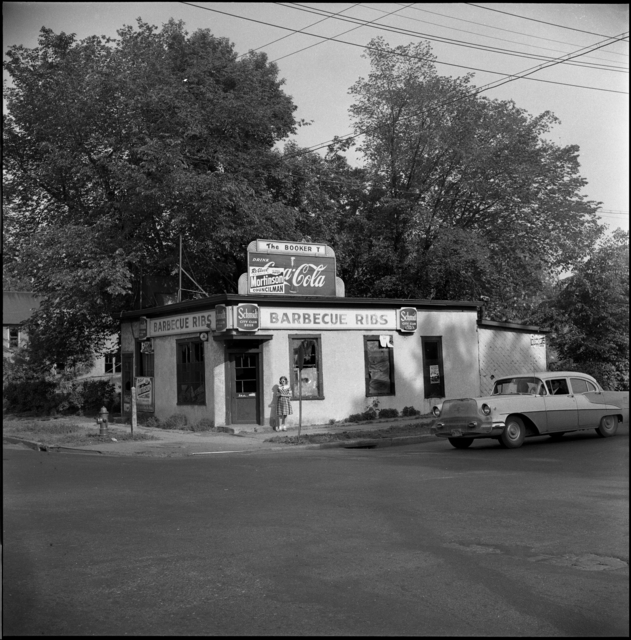 “If New York has its Lenox avenue, Chicago its State street, Philadelphia its Wylie avenue, Kansas City its Eighteenth Street, and Memphis its Beale street, just as surely has St. Paul a riot of warmth, and color, and feeling, and sound in Rondo street.”
--Earl Wilkins, The St. Paul Echo, September 18, 1926

By the 1930s Rondo was the heart of St. Paul’s African American community, not only housing the majority of African American residents in the city, but also home to critical community businesses, organizations, and institutions such as the Pilgrim Baptist Church, the Hallie Q. Brown Community Center, and the Sterling Club.  However, by the late 1950s this tight-knit community would be shattered by the construction of Interstate 94, connecting the downtown business corridors of Minneapolis and St. Paul.

Initial expressway plan for the Minneapolis-St. Paul connection was known as the St. Anthony Route, which would follow St. Anthony Avenue (parallel to University Avenue) and extend right through the heart of the Rondo neighborhood.  St. Paul city engineer George Harrold opposed this plan--citing concerns about loss of land for local use and the dislocation of people and business--suggesting the alternative Northern Route, which would run adjacent to railroad tracks north of St. Anthony Avenue, leaving the street intact. Ultimately, the St. Anthony Route was chosen and approved by government officials citing its efficiency

In 1955, Rondo community leaders Reverend Floyd Massey and Timothy Howard worked to lessen the effects of freeway construction and gain support for a new housing ordinance through the formation of the Rondo-St. Anthony Improvement Association.  Their advocacy was successful in achieving a depressed (below-grade) construction of I-94, however, the route still split the Rondo neighborhood and forced the evacuation and relocation of hundreds of people and businesses.  One in every eight African Americans in St. Paul lost a home to I-94. Many businesses never re-opened.

Although the neighborhood would never be the same, the spirit of Rondo lives on.  In 1983, the first annual Rondo Days festival was held in July celebrating the history and continuing legacy of the community.  The experience of Rondo and I-94 was also frequently cited and discussed as a cautionary tale informing and impacting the construction of the Green Line light rail service connecting St. Paul and Minneapolis, which opened to the public in 2014.