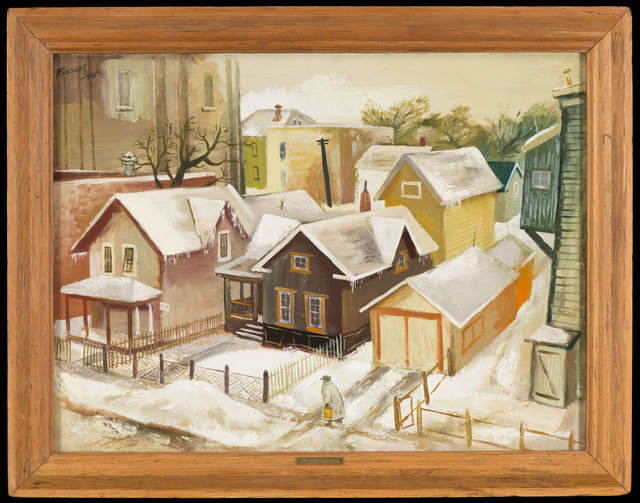 The Work Progress Administration (WPA) was one of the "alphabet agencies" of the New Deal, the broad sweeping social and economic experiment created by executive order of President Franklin D. Roosevelt in his first term in office during the Great Depression of the 1930s. It included a construction unit and three other agencies: the Federal Art Project, the Federal Writers' Project, and the Federal Theater Project.

Minnesota artists worked on several publicly funded art programs, including the Public Works of Art Project (1933-1934) and the WPA Federal Art Project (1935-1943). Under these programs, artists were paid to produce paintings, prints, murals, and sculptures for display in public buildings. They worked in naturalistic styles and chose familiar subjects-cityscapes, farm scenes, people at work and play-to create a portrait of Minnesota life in the 1930s. Among the prominent and prolific artists who participated in the projects were Clement Haupers, Miriam Ibling, and Syd Fossum.