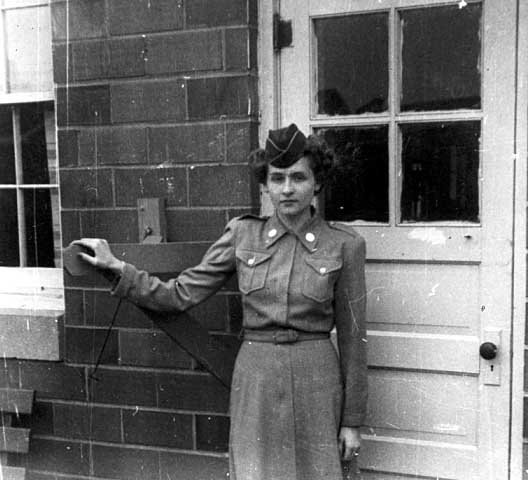 Anne Bosanko Green and Family Correspondence.
This collection consists of correspondence between Anne Bosanko and her parents, Paul and Blanche Bosanko, in Minneapolis, Minnesota. Anne enlisted in the Women's Army Corps in September, 1944, and her letters relate to her activities in the WAC, her course work and training as a medical technician, her social life inside and outside of her various posts, and her travel between assignments.
MNHS call number: See the finding aid in the library (Green, Anne Bosanko).

"A WAC's War: Reminiscences," by Betty Olson.
This manuscript collection contains the writings of Betty Magnuson Olson, a Duluth woman who joined the Women's Army Corps and was stationed in Paris.
MNHS call number: See finding aid in the library (P1745).

A Time of Remembrance: Fifty Years and a Day, December 7, 1941 - December 8, 1991.
Photocopy of a commemorative pamphlet containing fourteen brief reminiscences about life during the Second World War by members of the Macalester-Plymouth United Church community. The reminiscences include information about men's and women's service in the Armed Forces, life on the home front, and the replacement of men by women in the factories.
MNHS call number: See finding aid in the library (P160).