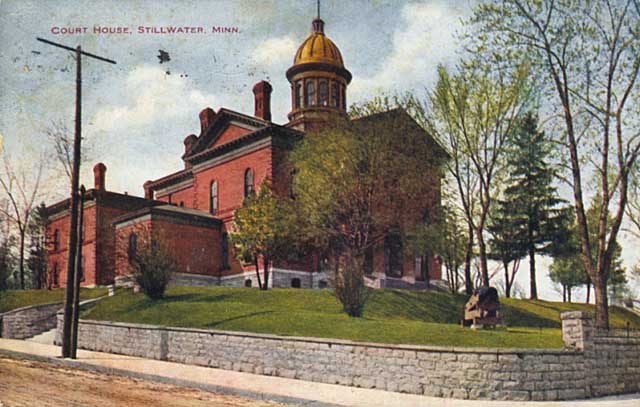 The courts produced a variety of types of records.

The most common is a case file.  Case files are found in district courts, probate courts, and the Supreme Court and Court of Appeals.  You must have a case file number to locate a case file.

Determine if the case is a state or federal case

Minnesota district courts hear cases under Minnesota law and have broad trial jurisdiction, so they are usually a good place to start.  In addition, many of the criminal cases heard by the more localized justice of the peace and municipal courts had their sentences filed with or reviewed by the district courts.

If an accused is charged with a violation of federal law, that case will be heard in a federal court.  MNHS does not have records of the federal courts. Those records are at the National Archives.

Determine which type of Minnesota court had jurisdiction over a case

Since the mid-1960s, the Minnesota court system has undergone several major reorganizaitons.  Court records at MNHS generally reflect the organization at the time of the creation and are cataloged under the courts' older names and jurisdictions.

Determine where the records are held

Case file - File containing all documents filed in a case. Generally does not include trial transcripts. Case files are organized by the number of the case assigned by the court.

Defendant - Person or party who is sued in a civil case or accused in a criminal case.

Docket - Summary of proceedings in a case. May be part of a docket book or set of docket records.

Judgment - The official decision of a court.

Plaintiff - The person or party who starts a lawsuit. Plaintiff is a more historical term found in records at the Minnesota Historical Society. The modern term is petitioner.