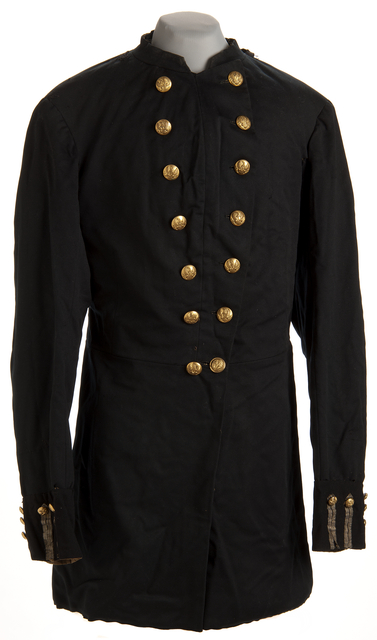 Hatch's Independent Battalion
In response to the Dakota War the Secretary of War authorized Major E. A. C. Hatch of St. Paul to raise a battalion of Cavalry. In August and September 1863 four companies were recruited and organized as "Hatch's Independent Battalion of Cavalry". The command was divided between Pembina and Fort Abercrombie on the northwest frontier. They endured a particularly harsh winter in 1863 - 1864, with temperatures touching -60. Two more companies joined the battalion the following summer. Much of the battalion's activities focused on the Canadian border and the movement of Dakota Indians from the area of Fort Garry. They were involved in the surrender of several hundred Dakota and the controversial capture of chiefs Little Six and Medicine Bottle. They were mustered out of service in April, May and June of 1866.

"Edwin Aaron Clarke Hatch", by Patrick Hill.
In Minnesota's Heritage no. 7, (Jan. 2013)
MNHS call number: Reading Room F601.5 M8 no.7
Hatch's Battalion of Cavalry at Pembina, Dakota Territory, 1863-1864, by Robert Tiling.
Typescript, c. 1982.
MNHS call number: E83.86 .T54
United State Bureau of Customs, Letters of Enos Stutsman, 1866-1869
Letters written by Stutsman as special agent of the U.S. Treasury Department for Dakota Territory and Minnesota, largely to the Commissioner of Customs. There is information on smuggling of goods from Canada into the U.S., the operations of customs stations, the Red River fur trade, recommendations for military posts in Dakota Territory, the supplying of Hatch’s Battalion, and Dakota and Ojibwe medicine pipes.
MNHS call number: See the finding aid in the library (M27).
Charles P. Adams Papers, 1831-1893
Correspondence; military orders, circulars, certificates, and oversize commissions; petitions; reports; and historical narratives relating primarily to the military career of Charles Powell Adams (a.k.a. C. Powell Adams) during the Civil War (April 1861-May 1864) as commander of Company H, First Minnesota Volunteer Infantry Regiment, and while on frontier duty (July 1864-May 1866) at Fort Abercrombie, Dakota Territory, where he was in command of the fort and Hatch’s Independent Battalion of Cavalry during the period of Indian unrest following the Dakota Conflict of 1862.
MNHS call number: See the finding aid in the library (P2640).
Edwin Hatch and Family Papers, 1825-1882
Correspondence (1818-1908, 1934), deeds (1805, 1807), diaries (1856, 1863-1864), obituaries (1872-1934), and a genealogy documenting the military and family life of an early St. Paul resident.  Topics include his service as an Indian agent for the Blackfoot at Fort Benton (Mont.), which included visits by mountain man Jim Bridger and fur trader Alexander Culbertson (1856); an attack by Dakota Indians on Fort Ridgely (1862); and Hatch’s command of Hatch’s Independent Battalion of Cavalry (1863-1864) including the hardships faced by the battalion during its march from Fort Snelling to Pembina (N.D.) where it was to guard against possible Dakota incursions from Canada, the command’s winter encampment at Pembina, the surrender of a number of Dakota, and the capture of Dakota chief Little Six.
MNHS call number:  See the finding aid in the library (P1437).