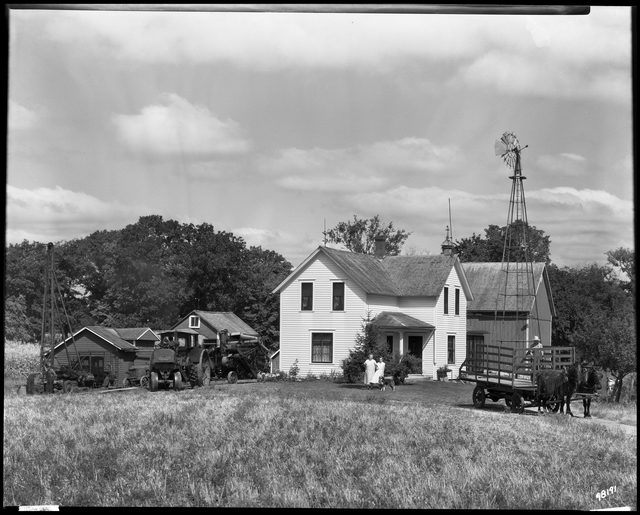 Agriculture has played a major role in the settlement, growth and development of Minnesota. The vast, inexpensive and fertile land of the state drew immigrants to prairies; milling provided the economic basis for the establishment and boom of the Twin Cities and grain provided the main cargo for the railroads; new approaches to farm economy (such as cooperatives) bloomed here and so did new political movements and alliances (such as the Non-Partisan League and the Farmer-Labor Party). While the number of people engaged in agriculture has declined over the last century-in Minnesota and in every other state-farmers, farming, and agriculture-related business remain important elements of the economic, social and political landscape.

The Gale Family Library has a wide array of resources you can use to trace your family's farm, from census records to centennial farm applications.  This guide will outline how to get started with Minnesota family farm research.