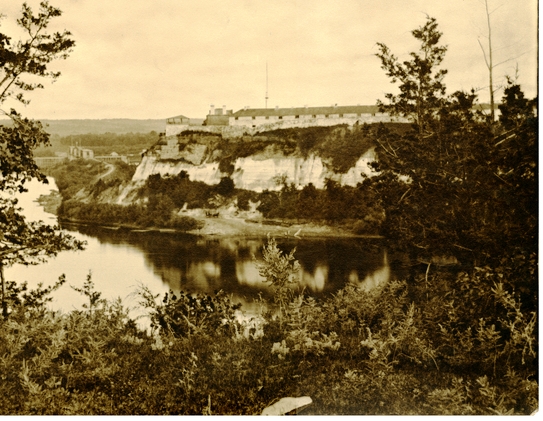 Following the war of 1812, the U. S. government sought to strengthen its control over the Northwestern territories by establishing a series of forts at strategic points in the region. One of these sites was the junction of the Minnesota or St. Peter's River and the Mississippi River.  In 1819, U.S. troops began building the post  on the high bluff above the area where the rivers meet.  The new post was named Fort Snelling for Col. Josiah Snelling, the officer who oversaw most of its construction.  Besides being the crossroads of two important river "highways",  the region around the fort had cultural and economic importance for the Dakota and Ojibwe people, thus Fort Snelling formed the economic and cultural hub of early Minnesota.