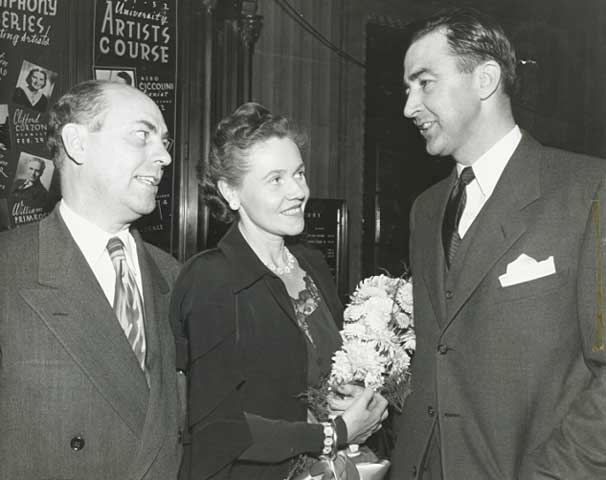 Marianne Hamilton Papers.
Personal papers of a founding member of the International Assembly of Christians in Solidarity with the Vietnamese, Cambodian, and Laotian People and a U.S. coordinator of the Assembly representing the Catholic Commission of Inquiry. The collection includes one folder related to the 1968 Democratic National Convention includes correspondence from Eugene McCarthy and Hamilton's eyewitness account of police action at the Chicago convention.
MNHS call number: See finding aid in the library (Hamilton, Marianne).

Hubert H. Humphrey Vice-Presidential Files, collected by William B. Welsh.
Reports, memoranda, speeches, correspondence, notes, and other materials kept by William B. Welsh in his capacity as Administrative Assistant to Vice President Hubert H. Humphrey during the late 1960s. Major topics include Humphrey's 1968 presidential campaign, the Vietnam War, and the response to the urban riots of the late 1960s.
MNHS call number: Digital Finding Aid

Papers Relating to the 1968 Democratic Convention, collected by Lyle D. Tollefson.
Papers relating to the 1968 Democratic convention in Chicago, Illinois, which Tollefson attended as a graduate student from the University of Minnesota. Included are items used to promote the campaign of Senator Eugene J. McCarthy, clippings providing information on the McCarthy family, a list of the Minnesota delegation, copies of platform planks, a telegram from Tollefson to Vice President Hubert H. Humphrey regarding the disorder in Chicago during the convention, and Humphrey's response, a copy of Humphrey's address accepting the nomination as Democratic candidate for president, copies of press releases, brief biographies of prominent Democrats, and other miscellaneous items. Some of the materials were part of a press kit for the convention.
MNHS call number: See finding aid in the library (P618).

John Tomlinson Papers.
Papers collected by Tomlinson as organizer of support on St. Paul's East Side for Eugene J. McCarthy as the Democratic nominee for U.S. president in 1968, with information on the McCarthy campaign at various levels, precinct caucus data, and materials relating to the Democratic-Farmer-Labor party state convention (1968).
MNHS call number: See finding aid in the library (P746).