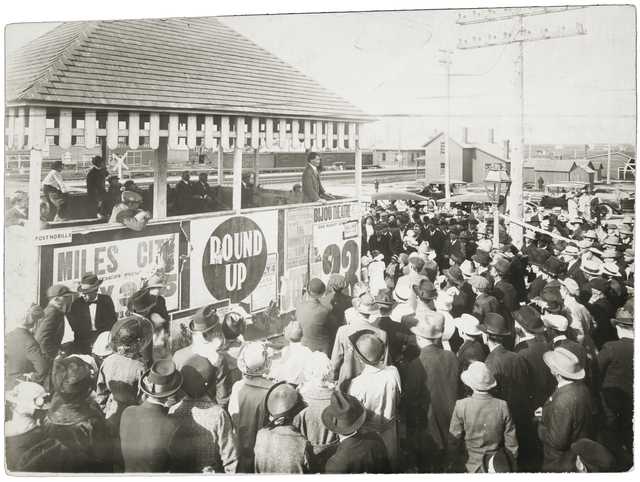 National Nonpartisan League Papers,  (1915-1927).
Contains correspondence and miscellany of Henry G. Teigan, the League's secretary from 1916 to 1923, and other league officials; correspondence, financial records, and other materials of the Northwestern Service Bureau, which assisted local newspapers that supported the league; subscription, financial, and other records of the League's newspaper, the Minnesota Leader; information on an anti-league exposé published by the St. Paul Dispatch in 1918; and other printed materials by or about the League. The bulk of the collection consists of Teigan's files, which provide information about the League's origin, growth, and decline; educational, organizational, and reform programs; relations with members; and publications. There is also data concerning opposition attacks, particularly in Minnesota during World War I; third-party politics, including the creation of the Farmer-Labor Party of Minnesota; and the work of various reform groups in the Progressive era. The Henry G. Teigan Papers Supplement (M183) also contains correspondence regarding the National Nonpartisan League, the ties of its leaders with socialism, and the League's affairs at the state level in Minnesota, and a file on the Northwestern Service Bureau.
MNHS call number:  Digital finding aid

Henry G. Teigan Papers, (1916-1941) .
Includes correspondence and other material collected by Teigan as a participant in the Farmer-Labor movement; as secretary of the National Nonpartisan League (1916-1923); as secretary to United States Senator Magnus Johnson (1923-1925); as a newspaper publisher in Minneapolis; as editor of the Minnesota Leader; and as a member of the Minnesota Senate from the 29th district (1933-1935) and of the United States House of Representatives from the 3rd district (1936-1938). Correspondence (1916-1923) relating to the National Nonpartisan League and Teigan's participation in the Minnesota League affairs, and a file (1917-1922) on the Northwestern Service Bureau were microfilmed with the National Nonpartisan League Papers as M183 (Henry G. Teigan Supplement).
MNHS call number: See the finding aid in the library (A/.T263) for the manuscripts and the digital finding aid for the microfilm.