The orphan train movement was the largest mass migration of children in United States history. Between 1854 and 1929, an estimated 150,000-250,000 children were relocated from the overcrowded streets of eastern cities like New York and Boston to smaller cities, towns and rural communities throughout the Midwest and southern United States.  Approximately 5,000-6,000 children were sent to Minnesota via the orphan trains, nearly half of whom arrived between 1882 and 1892.

By the middle of the nineteenth century, many cities in the Unites States had large populations living in poverty.  It is estimated that at any given time, there were over 10,000 homeless children living on the streets of New York City.  In an effort to mitigate this suffering, philanthropists and social reformers introduced the practice of relocating orphaned and abandoned children from densely populated urban centers to quieter towns in the Midwest, which they felt exemplified hard work and honest living.

Many organizations in New England placed-out children via orphan trains.  The New York Children's Aid Society was by far the largest and most prominent organization and it set an example which others followed.  At its peak, the New York Children's Aid Society was placing-out thousands of children every year.  While attempts were made to ensure that children were well treated and reasonably happy in their new homes, due to the scope of its operation and the distance between New York and the Midwest, there was in reality very little accountability.  Certainly many children found themselves in loving, or at least adequate, circumstances; unfortunately others, especially teenage boys, were overworked and mistreated as cheap labor.

This form of placement was officially discontinued in 1929.  By then many states had passed legislation regulating the care of dependent children, in effect establishing the basis for the modern day foster care system.  There was increased oversight of orphanages and adoption, as well as the prohibition of transferring dependent children across state lines.  In Minnesota various orphanages, state schools, and private organizations like the Children's Home Society had been assuming an increasingly central role in caring for Minnesota's dependent children throughout the first half of the twentieth century.

The term "orphan train" is somewhat misleading, insofar as most of the children who rode trains to new homes were not orphans in the traditional sense.  Many children had at least one parent still living, some had run away from abusive homes and ended up in charitable asylums, and others had been abandoned by their families for any number of reasons, including illegitimacy or poverty.

While there were dozens of organizations which sent children west for placement in new homes, the following list includes several of the largest organizations involved in the orphan train movement. 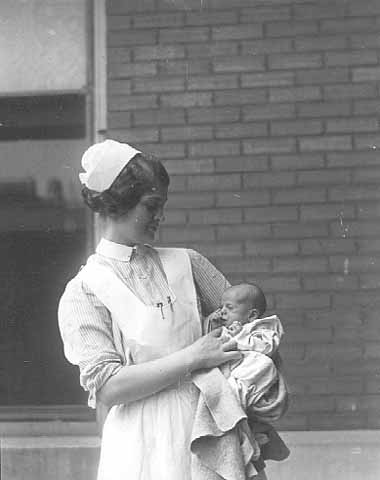