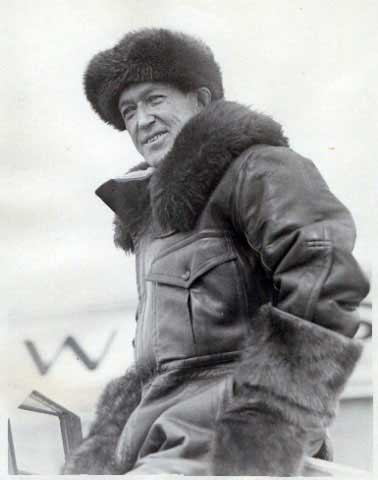 During the 20th century the Arctic and Antarctic, the last remaining unexplored expanses of the globe, attracted adventurers and scientists alike. Using dog sleds and sledge hauling in 1908, Frederick Cook made the first U.S. claim for having reached the North Pole.

Others from the U.S. and other countries soon followed. Explorers of the Antarctic, in search of the geographic and magnetic poles, included, among others, Robert Scott, Ernest Shackleton, Douglas Mawson, and Roald Amundsen and their teams.

Beginning in 1968, the first of several teams of Minnesotans joined the quest when a group of four, led by Ralph Plaisted, held the world's interest as they journeyed to the North Pole. Using aircraft and snowmobiles, they were the first mechanized overland attempt to reach the Pole.

In 1986, in a dog-sled expedition, Will Steger of Ely, Minnesota, and his team of four, including a woman—Ann Bancroft of Scandia, Minnesota—reached the North Pole sledge hauling.

In 2001, she made history once again when she and Liv Arnesen of Norway became the first women to cross Antarctica.