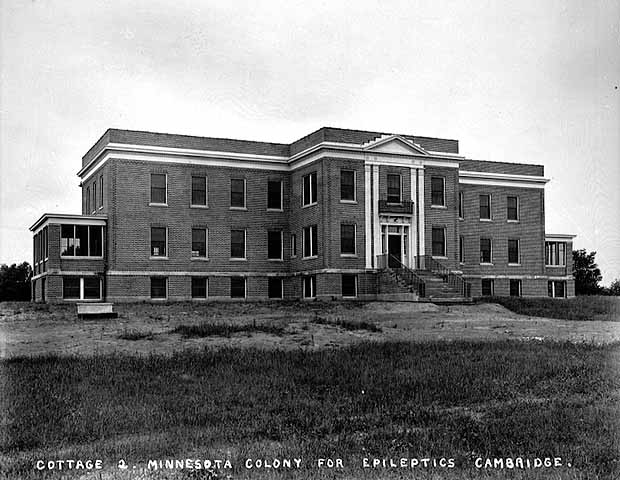 The Cambridge State Hospital opened in 1925 as the Colony for Epileptics. Six years earlier the legislature had authorized the State Board of Control to choose two sections of state land for the site of an epileptic colony. Land was purchased near the town of Cambridge in Isanti County, and construction was begun. The first cottage opened on June 1, 1925.

The colony was operated under the administration of a superintendent, assistant superintendent (1939 on), and steward. A full-time physician joined the staff in 1927, and a principal was hired in 1941 to administer the colony’s education program. In 1965 the superintendent’s position was abolished and superseded by a medical director and administrator.

Currently the hospital serves a nine-county area. Its primary focus of treatment has shifted to mentally disabled persons, but it continues to admit epileptics, as well as emotionally disturbed, socially maladjusted, and physically disabled individuals.