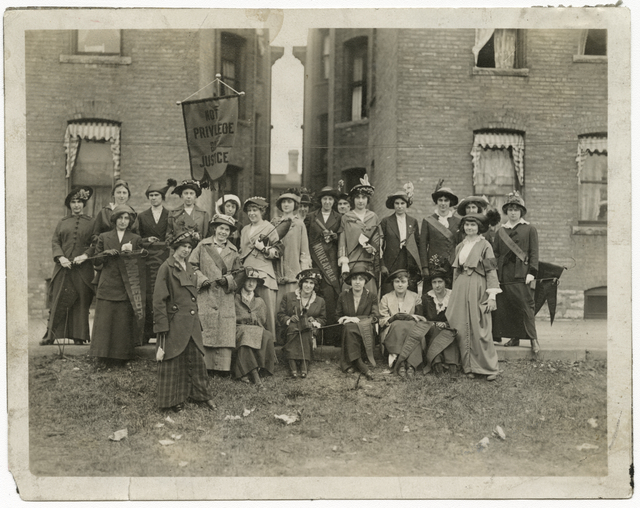 Women began campaigning for suffrage—the right to vote—in the United States in the mid-1800s through marches, rallies, speeches, and appeals to legislatures and the Congress. They were dismissed, ridiculed, derided, and often abused for their efforts. The first capacity in which women were able to vote in Minnesota came in 1875, when a constitutional amendment allowed women to vote in school board elections. Minnesota was a key player in the national fight for women's suffrage.

In 1881 a group of women founded the Minnesota Woman Suffrage Association in Hastings, Minnesota; its first president was Sarah Burger Stearns. The MWSA hosted the American Woman Suffrage Association's annual conference in October of 1885, which brought the MWSA and women's suffrage in Minnesota to the national stage. In 1893 the MWSA tried but failed to pass an amendment guaranteeing women's suffrage. For the rest of the 19th century and into the 20th the MWSA would try to pass legislature concerning women's suffrage, but would eventually fail.

In 1914 Clara Hampson Ueland organized a parade of over 2,000 woman suffrage supporters in Minneapolis, which brought renewed attention to the cause in Minnesota. Ueland eventually became the president of the MWSA, and in 1919 when the 19th amendment to the constitution of the United States was brought before the Minnesota legislature, it passed. On August 18, 1919 it was ratified by the United States congress.