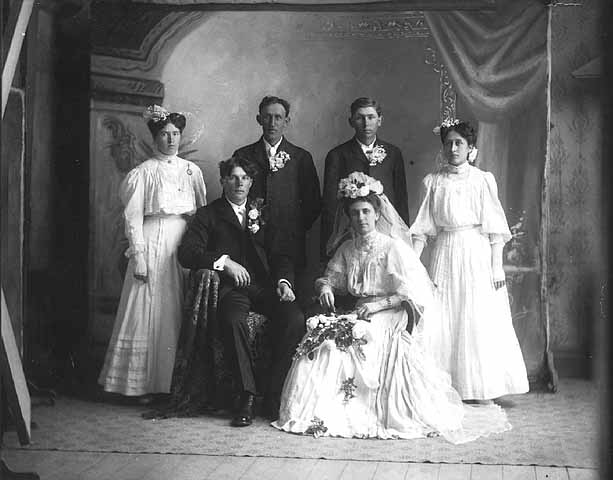 Marriage records in Minnesota vary in form and content depending on the time period and the jurisdiction in which the marriage was recorded. The Laws of Minnesota of 1849 included an "act regulating marriages" in Minnesota.  Requirements included that the certificate be sent to the clerk of the county district court in which the marriage was solemnized and be recorded by the clerk.  Records begin in counties formed in the 1850s and a few (Ramsey and Washington) counties have records including 1849.

These records may consist of an application for license to marry, a license issued by the clerk of district court, court administrator or other county official giving permission for an authorized officiant (usually member of the clergy, justice of the peace or judge) to solemnize the marriage, and a return of certificate from the officiant noting that a marriage had been solemnized.  Records generally include the names and residence (by county) of the bride and groom, occasionally their respective ages, the date of the application and license, the date the marriage occurred, the place of marriage and name of officiant.

The State Archives also holds a series of original territorial marriage records (1843-49, 1858) from territorial St. Croix County, Wisconsin for marriages that occurred in areas east of the Mississippi River (which includes areas that later became Minnesota).

Additionally, the State Archives also holds Justice of the Peace marriage records for certain counties for select years.  Search the library catalog with the search term "justice of the peace" and the county name to determine what is available in the county records.

Excerpts from nineteenth-century marriage records for some of Minnesota's counties have been published in local and state genealogical journals.

You can also search the library catalog by county name and the search term marriage (i.e. ramsey county marriage).

Additionally, you can search for marriage records using the online index Minnesota Official Marriage System (MOMS). This index will provide you with useful information (such as the date and county of marriage) that you will need to access a marriage record. Please note that every county has its own specific date range and that some counties are not included at this point on this index (such as Ramsey county).

MNHS holds pre-1950s civil case files for a majority of Minnesota counties. Case numbers can be found in the plaintiffs and defendants indexes and/or in the registers of civil actions series in the district court records. A copy of the final divorce decree will usually be found in the district court judgment book series. MNHS holds judgment books for most Minnesota counties until about 1982.

An online divorce index can be found on Ancestry.com for the years 1970-1995.