Federal, state, and other census records

What is the Federal Census?

The Federal Census counts and records information on all residents of the United States.  It was first held in 1790 and--as mandated by the US Constitution--it has been held every 10 years since that time. Prior to 1960, the census was primarily taken by temporary census-takers who went door-to-door.

In January 1921, a fire in the Commerce Department Building in Washington, D.C. destroyed or badly damaged most of the 1890 population schedules. Although it was estimated that only 25% of the documents were destroyed in the initial fire, smoke, water, and other damage ultimately caused the destruction of almost all of the remainder. Of the over 60 million people living in the US in 1890, fewer than 7,000 people are listed on these remaining documents. For more information about the census and the fire, the National Archives published an article, "First in the Path of the Firemen: The Fate of the 1890 Population Census," in the Spring 1996 issue of Prologue.

The only 1890 Minnesota information that survived is for Rockford in Wright County. For the full list of extant schedules, visit the US Census Bureau's webpage: Availability of 1890 Census. 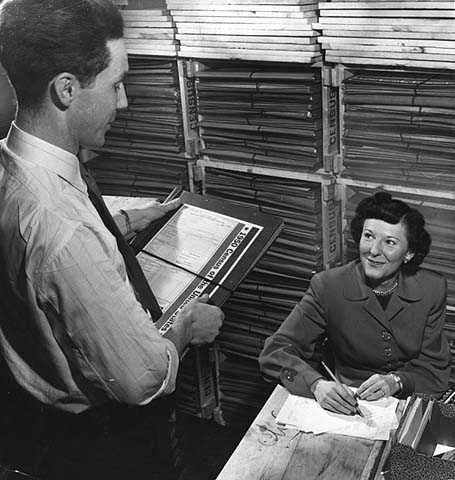 Printed books are available in the library.  In addition, the US Census Bureau has links to different years' published materials on their "Through the Decades" Overviews.

What questions were asked in the federal census?

The questions asked by census takers have changed greatly over time.  At their most basic, the census schedules recorded each household's members, along with their age, gender, race, and profession.  Over the years additonal questions were added--and subtracted--that asked about a wide range of issues, including reading and writing ability, disabilities, native language, citizenship, veteran status, school attendance, property ownership, etc.

For lists of questions organized by year, visit the Index of Questions on the US Census Bureau website.

What were the instructions given to the enumerators?

Enumerators (also called census-takers) were provided with different instructions in different census years.  These instructions were wide-ranging, defining terms, providing information on all questions and columns, and covering issues like pay, using the mail, what to do if a property was vacant or a person refused to answer questions, etc.

The first instructions were issued in 1790 as part of an Act of Congress.  To see instruction documentation from the 1790 to 2010, visit the Census Instructions page from the US Census Bureau.

What is the Federal Census

What Questions Were Asked?

Census Enumeration - Making a complete count and list of all the people in a particular area.

Enumeration District - Geographic area assigned to an individual census taker; usually was a portion of a city or county. Districts changed between census-taking years

Census Schedule - Full list of information collected by the census about individuals, including their names, occupations, etc. Sometimes called a manuscript census.