The entire population of Minnesota was enumerated in two series of censuses: one by the U.S. Census Office/Bureau of the federal government and another by the Territory and State of Minnesota.
Federal Census for Minnesota, 1850-1930.
The federal census occurred in the years ending in “0” beginning with 1850. There was an additional territorial census taken by the federal government in 1857. Although Indian people were not supposed to be listed before 1875, some are listed in the 1850 census. Note: the 1900 census had a separate Indian census schedule.
MNHS call number: See the finding aid in the library (Microfilm).
Minnesota State Census, 1849-1905.
The Minnesota state censuses were taken in 1865, 1875, 1885, 1895, and 1905. The territorial government also took a census in 1849, 1853, 1855, and 1857. Despite governmental instructions to the contrary in the early years, some Indian people are listed.
MNHS call number: Online index, see the finding aid in the library (Microfilm).
The Library also has indexed census information regarding Minnesota and other states on subscription databases such as Ancestry.com. This service is free of charge for library visitors. 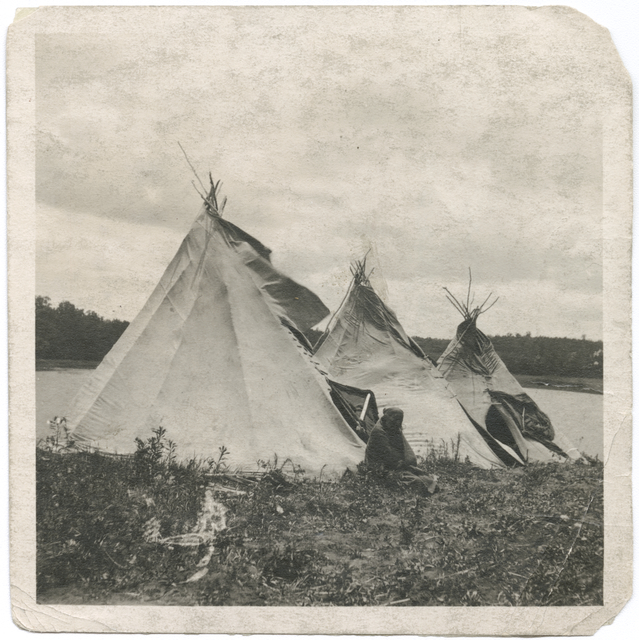 1889 Census of Mdewakanton Sioux Living in Minnesota
This is a transcribed copy of the original handwritten census compiled by Robert B. Henton ("Hinton") that is held by the National Archives.  It was transcribed by Mary Hawker Bakeman and appears in her journal, Minnesota Genealogical Journal, No. 20 (Sept. 2003): pp. 2925-2928.  Digital images of the original can be viewed on the National Archives website (search by the term "Mdewakanton").
MNHS call number: Reading Room CS42.M553 No. 30
Census of Dakota Indians Interned at Fort Snelling After the Dakota War in 1862
Report no. 156 in the Report of the [U.S.] Commissioner of Indian Affairs, for the year 1863. William McKusick, superintendent of the "Indian Camp" at Fort Snelling conducted a census of the Indians under surveillance of the United States military during the winter following the U.S. Dakota war of 1862, together with an inventory of property. The list is divided by Indian band (e.g. Wabashaw's Band, Yellow Medicine's Band) and lists the Indian name of the head of families, the number of persons in each family, and the number of horses, oxen, wagons, and chains owned by each family. The families are mostly those of the condemned Indians in confinement near Davenport, Iowa.
MNHS call number: Digital Copy available online; also available in print form in Reading Room (E93 .U71 1863) and on microfilm (Microfilm 1599).
Indian Census Rolls, 1885-1940
U.S. Office of Indian Affairs microfilm. Includes 88 rolls selected from a larger series. Contains only records of Minnesota Indians and Indian groups in Wisconsin, North Dakota, and South Dakota with Minnesota connections. Census rolls were submitted each year by agents or superintendents in charge of reservations. They include both Dakota and Ojibwe and are arranged by reservation, although there is not a census for every reservation or group of Indians for every year. Only persons who maintained a formal affiliation with a tribe under federal supervision are listed. The data on the rolls usually includes English and/or Indian name, roll number, age or birth date, sex, and relationship to head of family. Beginning in 1930 the rolls also show degree of Indian blood, marital status, ward status, place of residence, and sometimes other information. For certain years, including 1935, 1936, 1938, and 1939, only supplemental rolls of additions and deletions were compiled. There is not a census for every reservation or group of Indians for every year. Digitized versions available online via AccessGenealogy.
MNHS call number: Digital Finding Aid
*Originals are in the National Archives, Record Group 75, Office of Indian Affairs.
* 1934 Dakota Base Rolls are included in this collection.  Digitized rolls with transcribed names are accessible via Maquah.net.
Selected Sioux (Dakota) annuity and census rolls, 1849-1935
U.S. Office of Indian Affairs annuity and census rolls are for Dakota bands whose members were paid annuities by the federal government under various treaties negotiated between 1849 and 1935. They are arranged by band (e.g. Mdewakanton, Flandreau, Santee, etc.) and then chronologically. The annuity rolls list only the head of the family; the census rolls list everyone in the family.
MNHS call number: Digital Finding Aid

Joseph R. and Samuel J. Brown and Family Papers, 1826-1956
Correspondence and other papers, relating to the lives and careers of the prominent Minnesota pioneer Joseph R. Brown, his son Samuel J. and daughter Ellen Brown Allanson, and other members of their families in what is now Minnesota and South Dakota.  The papers reflect Joseph R.’s wide-ranging activities as fur trader, Indian and special military agent, soldier, townsite and real estate developer, inventor, newspaper editor and publisher, politician, local government official, and legislator, as well as his relations with the Dakota and other prominent pioneer families.  The papers also reflect Samuel J.’s lifelong interest in and involvement with the Dakota (he was one-eighth Dakota and a member of the Sisseton tribe) as an interpreter, superintendent of government scouts, missionary school teacher and lay missionary, and Indian industrial school superintendent; editor of an Indian-oriented publication; campaigner for annuities for Indian scouts and other benefits for the Sisseton and Wahpeton tribes; and memoirist and lay historian of the U.S.-Dakota War (1862-1865) and its aftermath; as well as his involvement in business and real estate ventures, some of the latter on reservation lands. The oversize items include 2 plats: one of Brown’s Valley in Traverse County, Minnesota, and another of the Riverside park addition to Brown’s Valley.
MNHS call number: Digital Finding Aid
Chambers and Johnson Family Papers, 1827-1942
Correspondence, financial papers, deeds, business papers, genealogical data, essays, and miscellaneous printed items documenting the lives of three Minnesota families: Alexander Chambers of Owatonna; Harvey Hull Johnson of Winona and Owatonna; and Alexander Anderson of Blue Earth. All three families are related by marriage.  Most of the collection documents the activities of the Johnson and Chambers families, with only a few items concerning the Anderson family. The papers contain much information on family life; pioneer life in Winona and Owatonna; the Civil War; the U.S.-Dakota War; local weather; economic conditions; and military life at many Western army posts.
MNHS call number: See the finding aid in the library (Chambers, Alexander) or (P1240)
Indians Imprisoned at Rock Island/Pardoned at Davenport, Iowa, January 20th, 1866
A list of 177 out of the 303 Dakota imprisoned at Rock Island and who were later pardoned at Davenport, Iowa. The list gives the Indian name, a translation of the name by Samuel J. Brown, and the age of the person. One third of the 303 are estimated to have died in prison, and a several others either served their sentence or were pardoned earlier. The list appears in A Detailed Account of the Massacre by the Dakota Indians of Minnesota in 1862, by Marion P. Satterlee, 1923 edition, pp. 97-102; 1925 edition, pp. 121-128.
MNHS call number: E 83.86 S38 1923 or 1925.
List of Recipients of Federal Funds, 1885 December
Copies of a statement signed by John Wakeman, Big Thunder, Phillip Chaska, and Charles Lawrence, reporting on the use of their money and listing the 30 Mdewakantons, probably heads of families, who received federal funds. Originals are in the National Archives, Record Group 75.
MNHS call number: See the finding aid in the library (Mdewakanton Band of Dakota Indians) or (P902)
List of Dakota Indians Interned at Fort Snelling After the Dakota War in 1862
A "census of Indian camp, &c." listing heads of families, total number in the family, and number of horses, oxen, wagons, and chains of Dakota and "half-breeds" in camp at Fort Snelling under the surveillance of the U.S. military authorities during the winter following the U.S. Dakota War of 1862. The list appears in the Report of the Commissioner of Indian Affairs, for the Year 1863, Washington, D.C.: GPO, 1864, pp. 313-316.
MNHS call number: Reading Room E 93 .U71 1863 and online
List of Sioux Scouts and Soldiers, 1892
A list of members of the Sisseton, Wahpeton, Mdewakanton, and Wahpekute bands of Dakota who served as scouts or soldiers of the U.S. Army during the U.S. Dakota War and the Civil War, and of their heirs. It was compiled by special agent Samuel H. Elrod to determine their eligibility for annuity payments authorized by an 1891 act of Congress. Originals in the National Archives.
MNHS call number: See the finding aid in the library (M201)
James McLaughlin papers, 1855-1937

Microfilm of the Major James McLaughlin Papers.  This collection contains letters, applications for land patents, publications, financial records, notebooks, letter books, and other papers relating to McLaughlin’s work as Dakota Indian agent at the Devils Lake and Standing Rock reservations in North Dakota (1876-1895) and as agency inspector and treaty negotiator for the U.S. Office of Indian Affairs (1895-1923). They concern his inspections and negotiations at agencies throughout the U.S. and his work in determining the competency of Indians for citizenship and land patents.