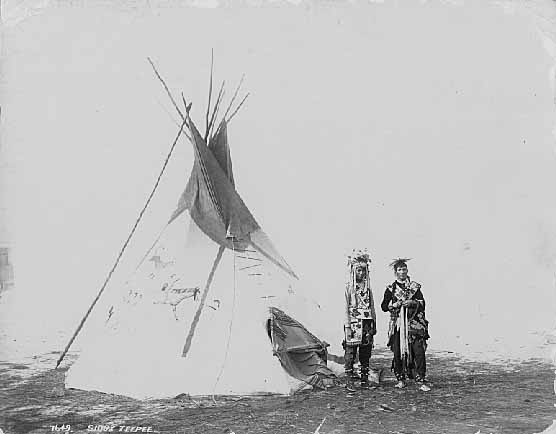 Letters received by the United States Office of the Adjutant General (Main Series), 1861-1870
Letters, briefs, memoranda, and notes sent to or originating in the office of the Adjutant General, the majority of which were received for filing in the period 1861-1870. Of particular Minnesota interest is File 5I-1866 (frames 501-735), which pertains to the U.S.-Dakota War and its aftermath. Among the items are several letters relating to the escape to Canada of Indians involved in the conflict; several letters appealing for the pardon of the Indians held in captivity at Camp Kearney (Davenport, Iowa); and a list of those being held (frames 692-697).
MNHS call number: See the finding aid in the library (M166)

Lawrence Taliaferro Papers, 1813-1868
Correspondence, journals, order books, financial records, an autobiography, and miscellany, the bulk of which document Taliaferro’s career as U.S. Indian agent to the Ojibwe and Dakota at the St. Peters Agency near Fort Snelling.  Taliaferro’s journals make reference to most of the prominent Ojibwe and Dakota Indians, Indian traders, explorers, military officers, and missionaries active in Minnesota during that time, as well as visitors of note and many settlers, voyageurs, and Red River colony migrants. There are details on Indian bands, trade goods, annuity payments, gifts, health, missionary work, frontier life, and relations between whites and Indians. Taliaferro’s friendships with Josiah Snelling and Joseph N. Nicollet are well documented, as are his objections to unscrupulous trade dealings with the Indians in general and his feud with Alexis Bailly in particular.
MNHS call number: Digital Finding Aid; Online Guide to the Microfilm Edition (M35)
Thomas S. Williamson Papers, 1839-1939
Correspondence, articles, and accounts of this physician who was also a missionary to the Dakota Indians at Lac Qui Parle and Kaposia, Minnesota (1835-1862).  Most of the correspondence (1861-1879) is between Thomas S. and his son John P., a missionary to the Dakota Indians in Dakota Territory; it gives information on the Indians’ removal from Minnesota following the U.S.-Dakota War, life in the Indian agencies, and family matters.  Especially important for Dakota family history are documents relating to T.S. Williamson's work with the prisoners at Davenport and John P. Williamson's letters relating to the removal of the Dakota to Crow Creek Agency.
MNHS call number: Digital Finding Aid
Alan R. Woolworth Papers, 1774-2008
Personal papers and research files of Alan R. Woolworth, a Minnesota historian and archaeologist, primarily concerning events and individuals from nineteenth-century Minnesota.  Among the most useful sections of these papers for Dakota family research are the Research Files.  A major portion of the Research Files consists of defense exhibits (1831-1945) from Docket No. 363 of the United States Court of Claims for the Lower Sioux Community in Minnesota.  These files, arranged by exhibit number (A-1 - A-61), consist of copies of disbursement sheets prepared by the Indian Trust Accounting Division of the General Services Administration and representing claims for payment by persons performing work within the Lower Dakota Indian community.  They summarize information on payee, voucher number, nature of work performed, amount of settlement, name of the Dakota band with regard to which the work was performed, and other descriptive materials.  See the finding aid to determine which boxes in the collection contain material of interest.
MNHS call number: Digital Finding Aid