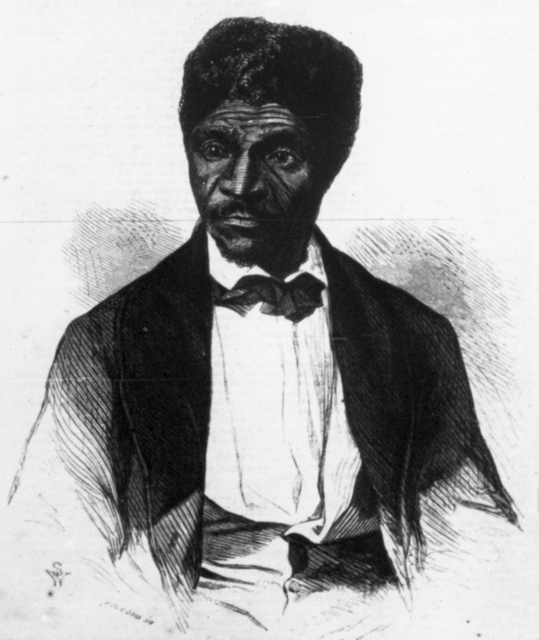 The Case of Dred Scott in the United States Supreme Court: The Full Opinions of Chief Justice Taney and Justice Curtis, and Abstracts of the Opinions of the Other Judges; with an Analysis of the Points Ruled, and Some Concluding Observations. New York: Tribune Association, 1860. MNHS call number: E450.S42 U53, also available digitally.

Lawrence Taliaferro Papers, (1813-1868). Includes correspondence, journals, etc., of the man who was the U.S. Indian Agent at St. Peter's Agency near Ft. Snelling, from 1820-1839. The collection contains a document dealing with the slaves Taliaferro brought to the agency in the mid-1820s, which supplements the brief, contemporary journal entries concerning them. The document lists those whom he freed between 1839 and 1843, among them Harriet Robinson, the wife of Dred Scott.  MNHS call number: Digital Finding Aid

The story of Dred Scott is a study in "the power of one," and the yearning of the human spirit to be free. Dred Scott was born into slavery in 1799, in the state of Virginia, to his owners, the slave-holding Peter Blow family. His early life coincided with the period of the Louisiana Purchase from France, the ensuing battles for and against expanding slavery into the territory, the admission of Missouri as a slave state, and the anti-slavery provision of the Missouri Compromise.

In 1820, Congress admitted Missouri to the Union as a slave state, opening it to a large migration of white people and their slaves westward from the southern slave states, expanding and widening the slave trade as they went. Joining the migration, the Blow family moved to St. Louis, Missouri, taking Dred Scott with them. There, they sold him to Dr. John Emerson, a military surgeon, who was stationed at Jefferson Barracks. Dred Scott served Dr. Emerson for the next twelve years, traveling with him to other assigned posts in Illinois, the Wisconsin Territory, and at Fort Snelling in what became Minnesota — all places where slavery was prohibited.

At Fort Snelling, Dred Scott met and married Harriet Robinson, also a slave, and they had two children. In 1840, Dr. Emerson and his wife moved back to St. Louis, taking the Scott family along. Later, in 1843, Dr. Emerson died. Now the property of the widow Emerson, she hired out Dred, Harriet and the children to other families.

In 1846, Dred and Harriet Scott turned to the courts to gain their freedom, citing their years of residence in free states. For the next ten years, the case moved from court to court. Finally, on appeal to the U.S. Supreme Court, in an infamous majority decision written by Chief Justice Roger B. Taney, the court held that as a slave, Dred was not a U.S. citizen, was therefore not entitled to sue for freedom in federal court, had never been free, and had to remain a slave. Going further, the court ruled the anti-slavery provision of the Missouri Compromise to be unconstitutional.