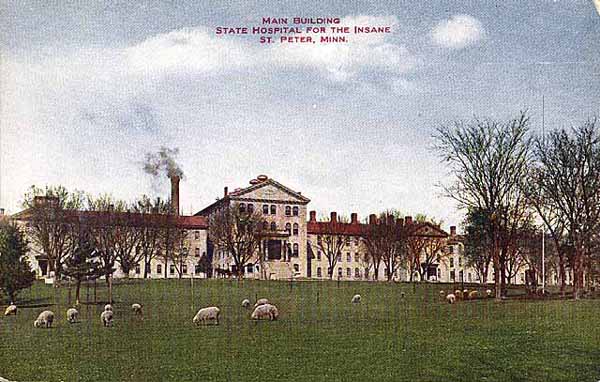 Minnesota established the first hospital for the insane, as it was then known, at St. Peter in 1866.  As the population grew, several other hospitals were added, some focusing on particular types of illnesses, disabilities, or age groups.  In 1985 several of the state hospitals became regional treatment centers, many offering outpatient services.  Over time, several hospitals closed and the state developed a more community-based approach to the care and treatment of the patients formerly housed in these large facilities.  Records for these facilities document their operations as well as some of the patients who resided there.  Among the state hospitals for which the Library holds records are: