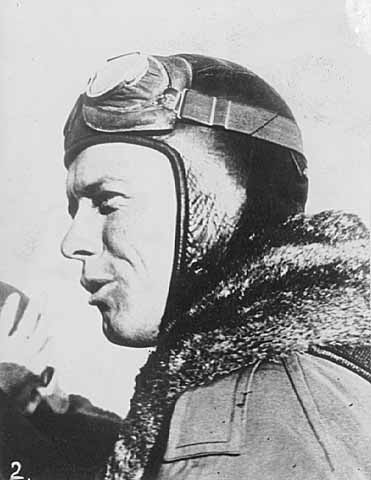 Charles A. Lindbergh, Jr. is one of the most famous figures in Minnesota history. He was born in Detroit, Michigan, in 1902 and grew up near Little Falls, Minnesota. As a young man, Lindbergh studied engineering, but his true love was the exciting new field of aviation. He followed his passion by barnstorming, joining the United States Army Air Service, and becoming an air mail pilot.

In the 1920s he set out to be the first pilot to fly from New York to Paris and designed a special airplane, "The Spirit of St. Louis." In 1927 he achieved his goal and completed the first ever trans-Atlantic flight, crossing the Atlantic Ocean nonstop and alone. He instantly became an international hero. After 1927 he continued flying and had an influence on both commercial and military aviation. Lindbergh was also an author and active environmentalist, always working to find a balance between technology and nature. He lived in Hawaii during his later years and died there on August 26, 1974.