Natural Features of the Land 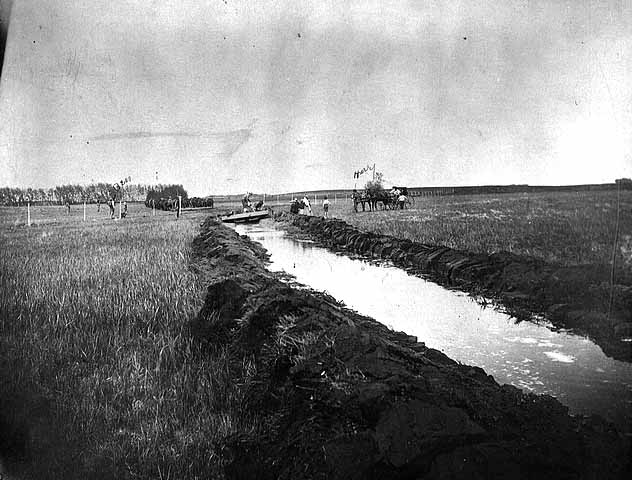 Researchers can get a sense of what the land looked like prior to ownership via the Land Survey Notes found on the Bureau of Land Management website. These notes describe in detail various features of the land (vegetation, Indian burial mounds, trails, etc. ) at the time it was surveyed.

To get a sense of what the land looks like today, and uncover how the land is currently being used, you can utilize aerial photography.  Certain counties have developed aerial surveys of land within county boundaries. Contact each county individually to access.  Additional aerial photographs from MNHS collections can be accessed via this link. Google Earth can also be utilized to view land in its current state.

County atlases and topographic maps not only show who owned land previously, but they also reveal the changes in the natural features of the land over time. Topographic maps illustrate water bodies, streams, forest cover, and built areas. These maps come together in series, at different scales and extents, and are published by the United States Geological Survey. They contain information about the physical lay of the land and such cultural features as individual farms, small villages and towns, rural churches and cemetery locations. 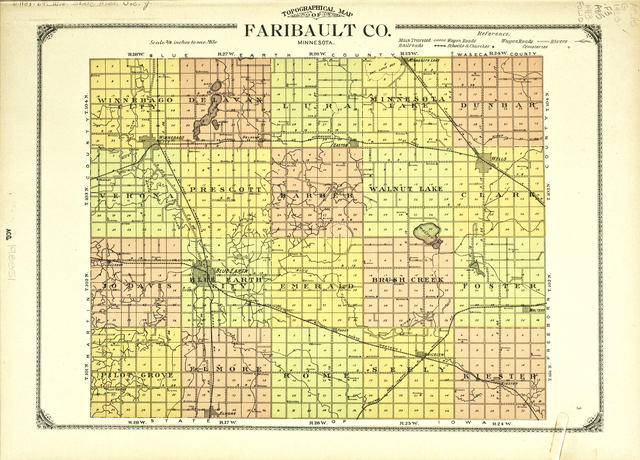 Historical Topographic Map Collection is an online resource that captures all editions of the more than 193,000 topographic maps published by the USGS since the inception of the topographic mapping program in 1884.

The U.S. Geological Survey Topographic Maps is an online resource with an extensive collection of topographic maps in electronic form.

Search the library catalog with the subject keyword "topographic maps" or with the Geological Survey (U.S.) as an author.

Natural Features of the Land Links