In the naturalization records, people are not listed alphabetically, but by date of First or Final Papers.  This means that researchers will have to use one or more indexes: online, printed, or microfilmed

1) Search in the Iron Range Research Center's online index.  On the search page, be sure to select Naturalization Record from the "Record Type" drop-down menu.

2) If your immigrant is on the list of search results, click on their name to get more information on their record(s).  You will need to know:

If your immigrant is not on the list of search results, try some of these search hints:

If none of these search hints help, you may need to use printed and/or microfilmed indexes.  See the boxes below for more information.

3) Once you find your immigrant in an index and have the information about their records, go to Step 3: Microfilm. 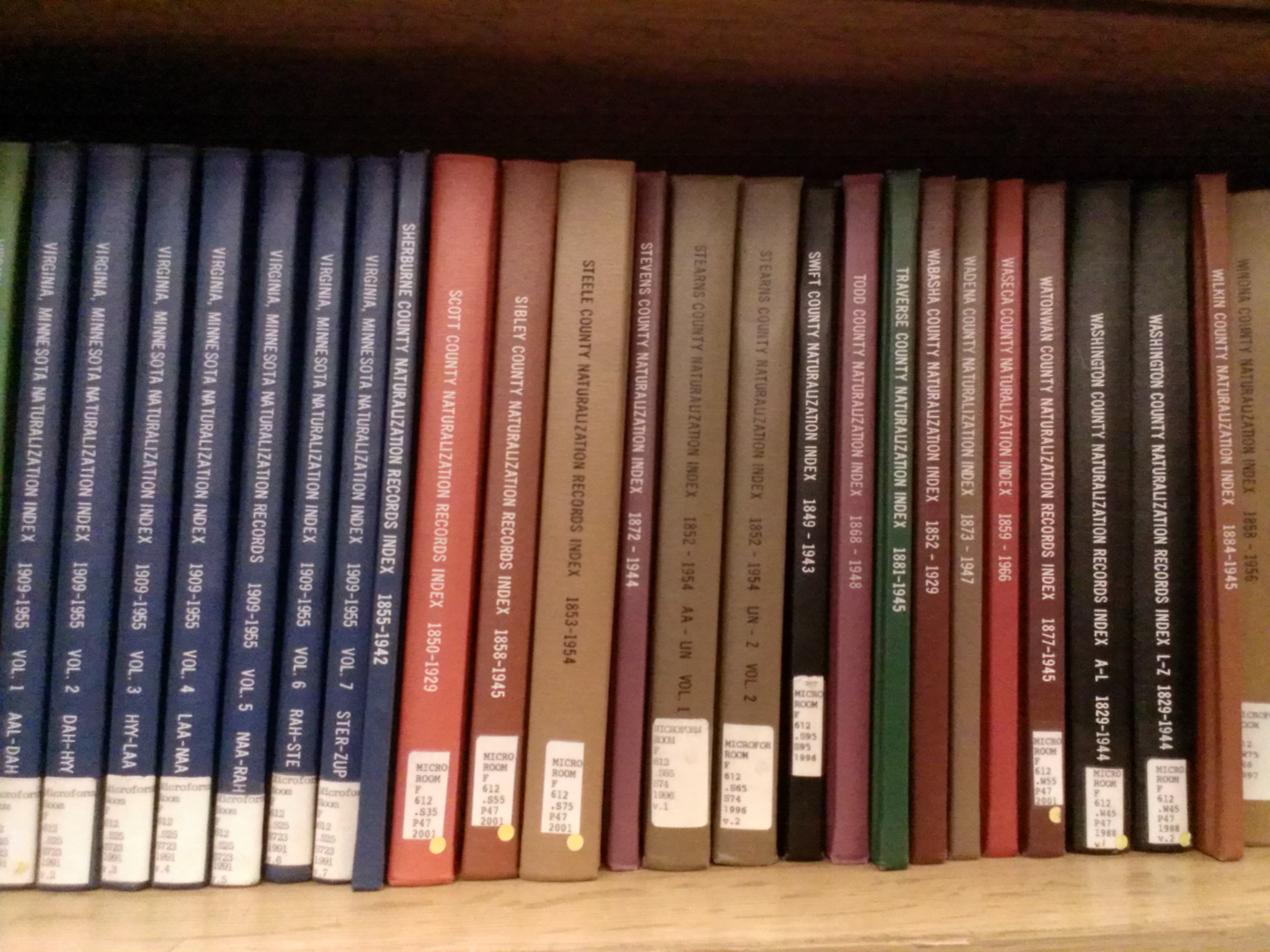 There are print indexes for each county's naturalization records.  These books are kept behind the information desk in the Hubbs Microfilm Room.  The books are arranged alphabetically by last name, but consider using these hints:

Many counties produced their own indexes to assist in locating specific names.  These original ledgers and registers have been microfilmed.  If you visit the library in person, ask at the information desk in the Hubbs Microfilm Room for assistance locating them.

Alien - A citizen of one country living in another country

Alien Registration - One of several efforts by state or federal governments to record information about all non-citizens, conducted during World War I and World War II

Declaration of Intent - First step to legal citizenship in the U.S., requiring the alien to declare his true intent to become a citizen and renounce his previous loyalties; also called "First Papers"

Derivative Citizenship - When a person's citizenship status is based on that of another person (children from their parents, for example).

Naturalization - Process by which an alien becomes a citizen

SoundEx - An indexing system that allows simultaneous searching for names that sound similar, but are spelled differently

Visa - Official document allowing a non-citizen to enter the country, issued by U.S. embassies or consulates