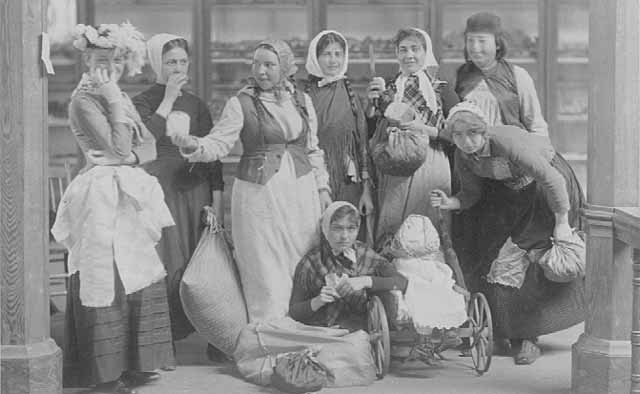 Finding information about women in naturalization records can be very difficult.  This is because until the 1920s most women did not file their own naturalizations but were instead automatically granted "derivative citizenship" based on their husbands' citizenship status.

Although it was uncommon, the laws before the 1920s didn’t prevent all women from becoming naturalized individually.  Unmarried women could apply independently and widows whose husbands died while in the process of naturalization could pick up the process where their husbands left off.  Before the 1920 passage of the 19th amendment gave women the right to vote, however, many women did not see the point in gaining citizenship.

Finding information about children in naturalization records can also be very difficult.  Until 1940, minors under the age of 21 automatically were granted "derivative citizenship."  This meant that they gained their citizenship from their parents and generally did not file their own paperwork.

One exception to these rules was in place from 1824 to 1906.  It stated that immigrants who arrived in the US before they were 21 years old, had lived in the United States for at least 5 years before their 23rd birthday, and whose fathers were not already naturalized could file for naturalization independent of their families.  They were also allowed to file their First and Final Papers at the same time.  The paperwork varied, but almost all courts had a special form for minors that combined the First and Final Papers into one step.

For a very long time, people were allowed to file their naturalization papers at any court. Most people went to the county court in their home county.  However, a number of people filed in neighboring county or state courts if it was closer or more convenient for them.

Impact of Military Service on Naturalization

At various points in history, the US government has used citizenship as a military recruitment tool, making major exceptions to the normal naturalization rules for aliens who served in the U.S. military.  Military service has never automatically granted citizenship, as immigrants still had to actively renounce their allegiance to other countries.  However, the naturalization process could be simplified and/or made significantly shorter for veterans or those in service.

Many--but not all--of the military men who received preferential treatment during their naturalization process filed their papers at military bases or in the federal or county courts located closest to military bases.

Spelling on naturalization documents can vary widely and quality/clarity of handwriting can impact the spellings used in indexes.  If you cannot find your ancestor under the spelling or name you expect, try thinking creatively.  Your ancestor may have spelled his name in various ways over time and/or officials may have recorded the spelling of his name incorrectly on documents.  Some people purposely altered their names or used legal first names for records and only nicknames in their daily lives.

Here are some hints for finding names that may not match the exact spelling you are expecting:

Lack of Information on Records 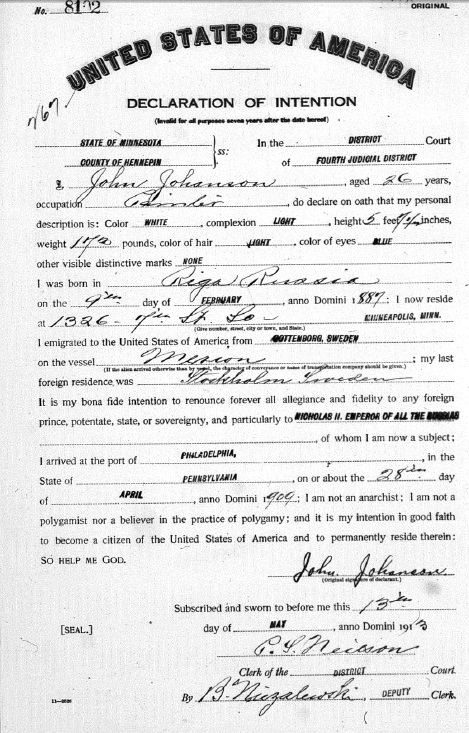 It is also important to note that Declarations of Intent (First Papers) generally provide more detail than Final Papers.

Pre-1906: every court used their own forms for First and Final Papers.  This meant that they all gathered different data on each immigrant who filed papers.  Some only recorded the name and country of origin of the applicant on the First Papers.

September 1906 to 1929: the federal government introduced standard forms for First and Final Papers.  These forms gathered significantly more information that the older versions and information on the applicant's entry into the United States was checked by the new Immigration and Naturalization Service (INS) before citizenship was granted.

Declarations of Intent filed after September 1906 include the following information:

1929: the Declaration forms were changed again, to also require a photograph.

Where are the certificates of citizenship?

The official certificates were given to the new citizens by the court when the naturalization process was finished.  They were supposed to keep this certificate for their own records.

Some courts kept copies of the certificate stubs, but none of them kept duplicates of the actual certificates. 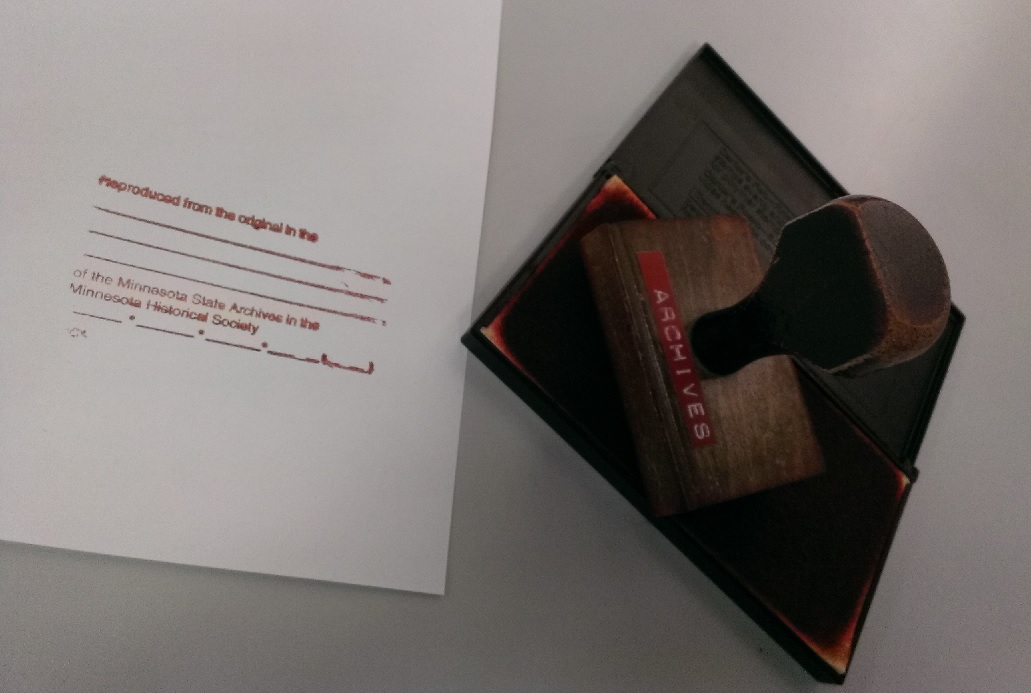 The Minnesota Historical Society cannot issue certified copies of any naturalization records from our collections.  However, we can stamp each page, demonstrating that your copy came from the Minnesota State Archives collections.  Stamped copies have been accepted for various U.S. and international purposes.

To get your copies stamped:

Modern citizenship records are held by the U.S. Citizenship and Immigration Services office, a part of the Department of Homeland Security.  If you need an official copy of your own record, you should request a copy through their office.

Impact of Military Service on Naturalization

Lack of Information on Records

Where are the certificates of citizenship?

Alien - A citizen of one country living in another country

Alien Registration - One of several efforts by state or federal governments to record information about all non-citizens, conducted during World War I and World War II

Declaration of Intent - First step to legal citizenship in the U.S., requiring the alien to declare his true intent to become a citizen and renounce his previous loyalties; also called "First Papers"

Derivative Citizenship - When a person's citizenship status is based on that of another person (children from their parents, for example).

Naturalization - Process by which an alien becomes a citizen

SoundEx - An indexing system that allows simultaneous searching for names that sound similar, but are spelled differently

Visa - Official document allowing a non-citizen to enter the country, issued by U.S. embassies or consulates