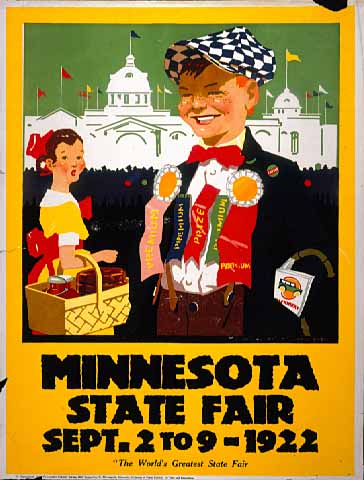 In recent years, the State Fair has been held in late August and early September, during the 12 days leading up to Labor Day. Exact dates of each State Fair from 1887 to the present can be found at the Minnesota State Fair’s Archives website, which is posted in the more tab.