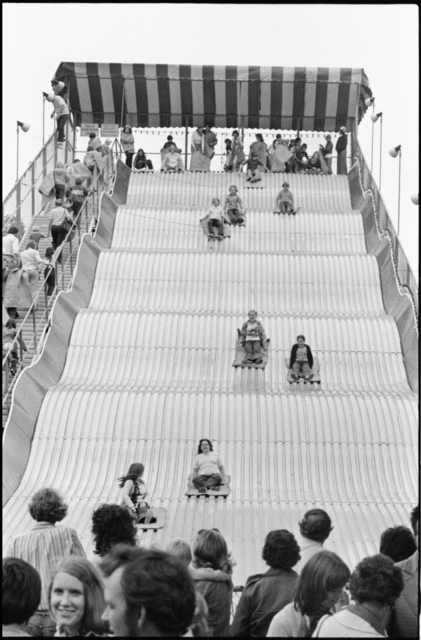 Agricultural Society Annual and Related Reports, 1887-2007.
Annual reports (1887-1980) contain the society secretary's report; financial transactions and balance sheet for the year; synopsis of proceedings of board and committee meetings; narrative and statistical reports of all judging and operations departments of the state fair, including lists of all premiums awarded; and the proceedings of the Agricultural Society's annual meeting. Also the State Fair's reports to the society's annual meeting (1972-2007, incomplete) and miscellaneous reports (1910-1980), including secretary's narrative and financial reports and selected appendices that are known or suspected to contain information that was condensed for or not included in the published reports, particularly itemized voucher lists and property inventories.
MNHS call number: Digital Finding Aid

Minnesota State Fair Premium List Collection, 1857-1964.
Premiums and regulations for entering into a competition at the State Fair. Included are events for competition, the location of each event and its rules. Also included is general information for those staying at the fair that year, such as where the dormitories are located, what is needed to stay at the fair, where to take meals, etc.
MNHS call number: S555.M6 A2r

Minnesota State Fair Daily Program Collection, 1936-1964.
Programs giving a chronological list of which events take place where and when for the duration of the Fair that year. Included are maps, Grandstand performances, competition judging, and other activities.
MNHS call number: S555.M6 A23

Great State Fair Recipes Cookbook Project Files, 1975-1976.
The files include correspondence, newspaper clippings, and documentation about the winning contestants and their recipes and applications. The latter, submitted to the editor from former state fair contestants, include biographical statements, reminiscences about their fair experiences, and memories associated with the recipes. Some contain clippings and/or photographs documenting their sweepstakes wins. Includes records documenting the production of the Great State Fair Recipes Cookbook, edited by Karen A. Humphrey.
MNHS call number: 118.A.3.8F