How to Find School Records at MNHS

Keep in mind that records from elementary and secondary public schools in Minnesota are here as part of the Minnesota State Archives.  They can generally be found by searching the library and archives catalog: 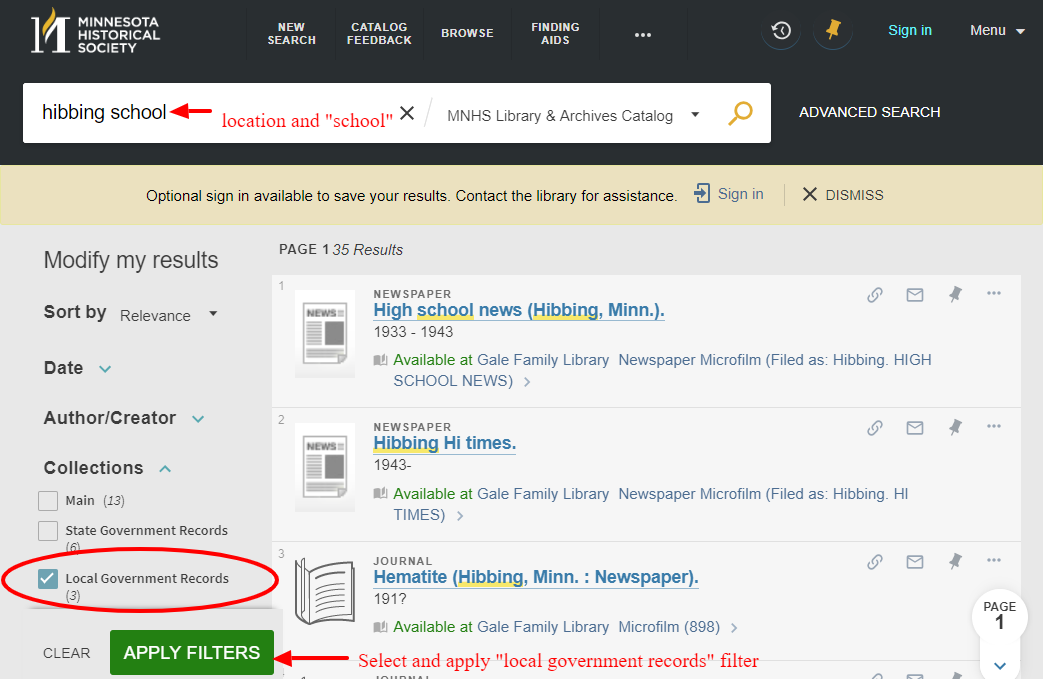 Helpful Collections to Get Started

Minnesota Department of Education.  Maps of School Districts.  1910-1940s.
Maps showing boundaries of school districts. Most are undated. There is more than one map for many counties, showing school district boundaries at various times.
MNHS call number: See finding aid in the library (Education Department).

For example, to find school records associated with the school district in New Ulm, Minnesota:

For more information on the organization and numbering of school districts in Minnesota see School District Numbering Guides.

1849 : Plans to establish a corporate school system in every township with five or more families

1865: Independent school district concept is established.  Requires population of 500, and a town/village/city within its boundaries.

1901: Consolidation is legalized.  New consolidated school districts are formed by mergers of any type.  Funding is provided by the state for transportation of resident pupils.

1911: Holmberg Act revises tax laws to provide for construction of new school buildings with more aid to districts for both buildings and transportation.

1947: County surveys of educational facilities and services conducted with intention of reorganization of school districts in counties.