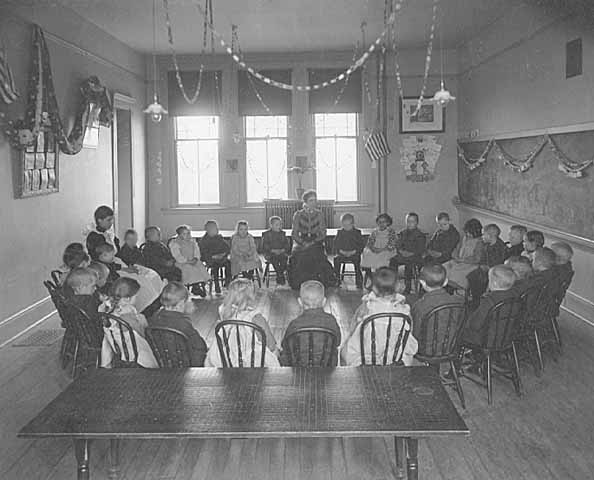 Various state institutions, including hospitals and prisons, housed primary and secondary schools and thus have school records as part of our holdings in the Minnesota State Archives.  More information can be found via the links below to other research guides and the library catalog.

Owatonna State Public School: Established at Owatonna in 1885  as an institution for dependent and neglected children between the ages of 3 and 14.

Faribault State School and Hospital: Opened in 1879 as an experimental department of the Institute of the Deaf, Dumb, and Blind serving individuals of all ages with developmental disabilities.

Faribault School for the Deaf: Established 1863, is now known as the Minnesota State Academy for the Deaf.

Gillette State Hospital for Crippled Children:  Established 1879, was the first hospital in the United States for children with physical disabilities.  It became a private institution in 1975.

Minnesota Home School for Girls at Sauk Centre: Established in 1907 as the State Industrial School for Girls, to provide for the care, training, and education of girls who had been declared delinquent and committed by the courts.

Red Wing Training School for Boys and Girls: Established in 1866 and first opened in St. Paul in 1868. The school was relocated to Red Wing and renamed in 1895. The institution provided education and training in an effort to reform delinquent boys (through age sixteen) and girls (through age fifteen).

Note: Records with personal information within these institutions fall under state archives access restrictions.   Records from state institutions such as the state hospital and prison systems restrict these types of records for 75 years from the last date in the record.  There may be additional restrictions for school records.  Please see reference staff for additional information.