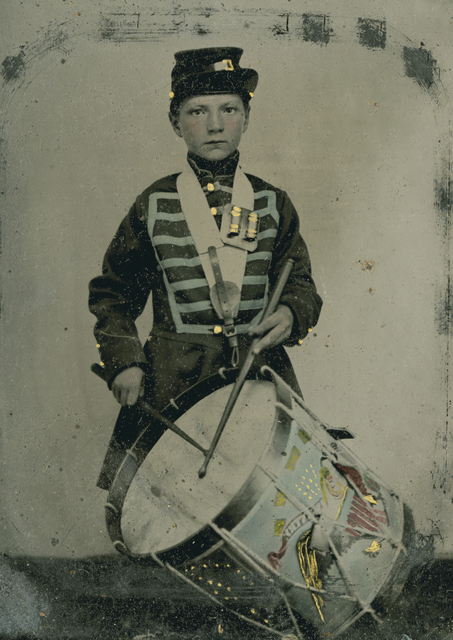 The Adjutant General also had oversight of local militia companies raised during the U.S.-Dakota War of 1862. These hastily formed, short-term, units were a kind of local home guard. They produced very few records, although we do have some lists of men who belonged to these companies. Their records only list the name and rank of individuals and occasionally have remarks noting men who were wounded or killed. Many of the records listed in this guide's Civil War Records also include records from the U.S.-Dakota War of 1862.

Minnesota In the Civil and Indian Wars, 1861-1865 A more complete listing of the individuals who served in the U.S. Army during the Civil War and the U.S.-Dakota War from Minnesota, including militia companies and those serving in the U.S. Colored Troops (as it was known at the time). Volume I contains the histories and rosters of each company along with the history of each company's engagements; Volume II contains official reports and correspondence. Volume III is a name index to the rosters in Volume I; some copies, including the copy at the MNHS Library's Reference Desk, have been hand-annotated with citations to additional resources.   MNHS Call Number: Reference Desk E515 .M66 1994

Compiled Rosters of Minnesota Civil War Regiments Two separate sets of compilations (ca. 1865 and ca. 1915) of service information on individuals who served in Minnesota regiments during the Civil War. The 1915 compilation also contains registers of Minnesota draftees and substitutes, enrollees in the U.S. Engineers, enrollees in the U.S. Colored Troops, and militia units who served in the 1862-1865 Dakota Conflict. The entries give name, rank, age, nativity, date and place enrolled and mustered, residence, and remarks (usually on service transfer or termination).  MNHS call number: Digital Finding Aid

Military Service Records, Dakota Conflict, 1862-1865, 1907
Records documenting the role of citizen militia and home guard units during the Dakota Conflict. Although the Minnesota Adjutant General’s Office sought to compensate the involved citizenry, compensation varied widely. Requests for payment were submitted to the Adjutant General’s office and vouchers were created to authorize payment. These pay voucher ledger sheets (1862) document the names, the amounts paid, and the voucher numbers assigned. While Indian hostilities within the state ended in 1862, companies were formed in 1863, 1864, and 1865 that provided home guard service. The scout muster-in rolls (1863-1865, 1907) note the individuals in each scouting unit, their rank, the date and place from which they mustered-in, and some additional personal details; they do not contain pay information.
MNHS call number: Digital Finding Aid

Indian War Pension Registers, 1905-1937.
Registers (2 volumes) of pension claims filed by persons who performed military or relief services during the U.S.-Dakota War of 1862, under an act of the state legislature of April 19, 1905. Information provided: claim number, date filed, claimant’s name, address, service unit and rank, injury or health problem claimed, date the claim was allowed or date and reason it was rejected, rate [of monthly payment], Adjutant General certificate [payment authorization] number, age at time of application, usually a death date (written in later), and a narrative, sometimes lengthy, of proofs of service and/or health problems that were submitted in support of the claim.
​MNHS Call Number: See the finding aid in the library (Adjutant General).

Indian War Pension Files, 1905-[1940s].
Application files for pensions submitted by military veterans of the U.S.-Dakota War of 1862, by others who rendered aid and suffered disabling injuries, and by their widows. The main files include a pension application form and a series of affidavits describing the applicant’s service during the period. Many also contain death certificates, marriage licenses, and probate records documenting claims by widows for pensions based on their husband’s service. A small number contain Civil War discharge papers and other original documentation submitted as evidence to support the application for a pension. Approved files frequently contain the Adjutant General’s official certificates for transmittal to the State Auditor, which initiated payment. Most approved pension files for surnames A-H contain only the pension certificate; supporting affidavits are missing. Also in the records are an incomplete alphabetical index to deceased pensioners (1905 – ca. 1940s), an undated list of female pensioners, and related lists and compilations.
MNHS Call Number: Digital Finding Aid